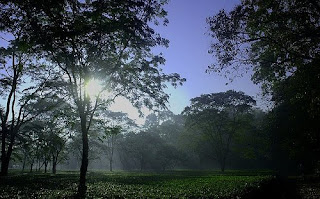 In north east India villagers, we are told, are poisoning tigers on a reserve. This sounds very odd to me. What do you think? I am talking about the Kaziranga National Park in Assam, which is in north east India. This is a reserve. But even on a reserve humans mix with large wild animals. And it is alleged that the 60 tigers at the park are being subject to poisoning by villagers. Several have been poisoned and 10 lost for various reasons (including poisoning) in the last 100 days (a very short time considering the low number of tigers). 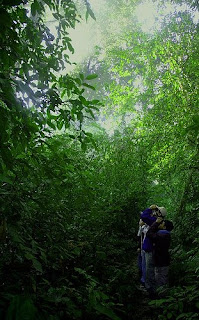 I just find the whole thing odd. We are told by the Kaziranga park director S N Buragohain, that the tigers are searching for food within the park and because of a shrinking habitat they come into contact with people who are agitated and want to kill them and do so with poison. What, though is the difference between a "park" and no park. Isn't this the kind of thing that happens outside of parks or reserves? I don't understand the importance of a reserve if the tiger is no better protected than off a reserve. And why is the habitat shrinking in a park where I presume the main point and objective is to preserve the habitat to allow the wildlife to live as normally as possible.

There is an allegation of corruption and inefficiency and I for one, being a very cynical person due to experience, think this assessment as to the cause, is correct (see Cats and Corruption). Wild cats in the world are lost to corruption (indirectly) more than for any other reason. Corruption leads to loss of habitat (perhaps someone wants to mine for minerals in the park and if the wildlife is reduced he get the rights) and loss of habitat is the greatest of all reasons for loss of the tiger in India and the rest of the world. Poisoning tigers is one way to get rid of precious wildlife. Can't the authorities protect the last 60 tigers in this part of the world?

Update 27th March 2009: The authorities say the deaths are due to fighting between tigers. They actually seem to say between "animals", equally ridiculous. This bland and unbelievable statement indicates (for me) corruption. According to the report, Thyadine (a thyroid supplement for people and a liquid colloidal form of iodine), a poison, apparently, for tigers was found with tiger bones buried somewhere in the park. Every time I revisit the problem of the reduction in population of the tiger I get the same sense that something is going on behind the scenes. (src: http://www.ndtv.com/ndtvfuture/ndtv/story.aspx?id=NEWEN20090083523). It seems the tiger is being poisoned by the villagers who are unaware of the rarity of the tiger and the park wardens are in collusion with them.

and both by yathin