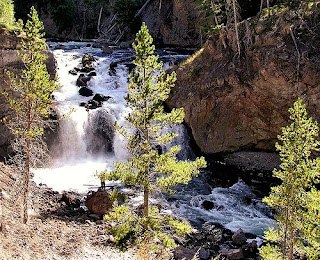 Male Wildcat Roaming Avoids Inbreeding - yes, some people practice the same strategy. But in the human population there no gain just pain. In the wildcat world when the females (in this case Cougars were studied in Yellowstone National Park) stick to the group in which they were born (natal group), it is necessary for the males to "disperse" (roam to other groups) in order to retain the benefits of genetic diversity with the subsequent health consequences (see the opposite in Cat Inbreeding Means Poor Sperm).

I am using my own words, of course, but a research article by:
entitled, Genetic consequences of sex-biased dispersal in a solitary carnivore: Yellowstone cougars, shows us the benefits of male dispersal, which apparently is a common trait in carnivores and mammals.

Cougars were good subjects as they are solitary, their range is large (up to and beyond 700 kilometers) and they are territorial, while female cougars are often philopatric. Philopatry is the behaviour of remaining, or returning to, an individual's birthplace (src: Wikipedia). The purpose of the research was to find out whether there were "predictable genetic patterns for each sex within a population."

The results were more or less as expected. Female cougars were more similar to each other genetically than the males were to other males, consistent with the dispersal of the males over a very wide area on occasion. However, it was also discovered that on average the females were no more similar to each other genetically than than expected if they had been breeding by chance (my words, their words: the females did not share "on average more alleles than expected by chance"). This was possibly put down to:
Thanks to biology letters(new window). The fact that Male Wildcat Roaming Avoids Inbreeding, should, I think be considered in the domestic purebred cat breeding programs. I am not sure how cat breeders manage their male stud boys. I suspect that some are retained by the breeder (no roaming), some are bought (some dispersal) and some are hired out (mimicking male wildcat dispersal, it seems). Perhaps the latter technique is the preferred model provided the stud in question is healthy and not a carrier of genetic defects.