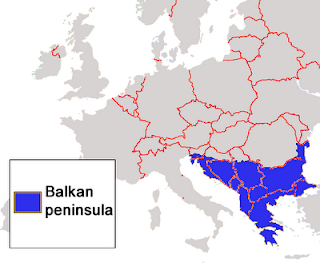 The Balkan Lynx is endangered due to the usual toxic mix of human behavior patterns and processes. It is the same old story being played out and we really cannot get it together. Do we want to get our act together and preserve these wild cats? I believe that we do or the majority of us do but there is a lack of will and a lack of education and knowledge that holds us back.

The Balkan Lynx (lynx lynx martinoi) is a subspecies of the Eurasian lynx or European lynx. It is the largest of the lynx cats. Males normally weigh from around 18 to 30 kg (40 to 66 lb), while females usually weigh about 18 kg (40 lb) on average. Their range extends over eastern Europe to Scandinavia and thence to Asia and Russia.

Despite the fact that the Balkan lynx is endangered, the Eurasian lynx and the Canadian lynx are both considered of least concern (LC) by IUCN Red List (see IUCN Red List for cats). LC is at the best end of the spectrum of categories and I for one don't believe it is correct. O.K., some populations of the Eurasian lynx are perhaps relatively safe but there is a general decline and and an on going risk of decline due to poaching and habitat loss. Surely the lack of stability in an already low population must place this wild cat under a degree of risk, which would indicate a more realistic category such as Near Threatened (NT) more appropriate? I wonder how accurate the figures are that get back to the IUCN Red List organizers? 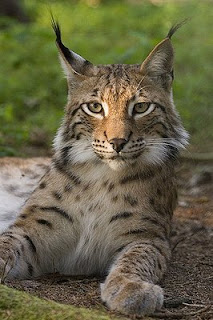 One reason that the Balkan lynx is endangered is because of the lack of enforcement of the law which makes provision for an 8 year prison sentence on successful conviction for illegal hunting. Yet it seems hunters are immune to prosecution. And the will to prosecute comes from the top, the government and the quangos and it is these bodies that will be providing the organizers at IUCN Red List with the data on population levels etc.. And the Balkan authorities will want to project the idea that all is well with the Balkan lynx so the Red List stays at LC. And what drives all this? Money of course; probably the big money of western Europeans who pay government officials in the Balkans for the right to hunt the lynx. There are still a lot of so called educated Europeans who like to shoot at beautiful wild animals and kill them. You disgust me.

How many Balkan lynxs are left? As usual we don't know and if we don't know how can the IUCN Red List categorize this cat as LC? This is surely not right. Experts think between 40 and 80 in Albania and Macedonia and overall about 100. I don't know if their habitat is fragmented and I don't expect the experts do either. Fragmentation of habitat isolates the overall into small nonviable groups where inbreeding can gradually deplete the population.

What is this toxic mix of human activity that is responsible for the loss of Balkan lynx lives? Here is a list:
What will probably happen is that the Balkan lynx will be all but eradicated from the region and then in a reactionary manner (when proactive work should have been carried out) the lynx will be reintroduced back at which time there might me systems in place to better manage the cohabitation of human and Balkan lynx. All hunting for whatever purpose needs to be banned worldwide of all wildcats. It is passé, out dated and simply barbaric in this day and age particularly in relation to this cat -- the Balkan lynx is endangered.