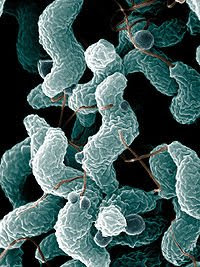 In some parts of the world there is a fear of transmission of disease from the cat (usually the feral cat) to people. Diseases that can pass from animal to people are called zoonotic disease. A zoonosis or zoonose is any infectious disease that can be transmitted from other animals (wild and domestic) to humans. Diseases can travel in the other direction, from humans to animals. These diseases are sometimes called reverse zoonosis.

For me, however, I do not consider them zoonotic as I consider us all animals. That said, there is concern about zoonotic diseases carried by cats. What are they and what is the risk?

Rabies is by far the most serious. As I understand it, rabies is eliminated in the UK so their is almost no risk (except rabies that is carried to the UK by people or quarantined animals). That is not the case on mainland Europe nor in America. I made a post about feline rabies in Asia where they eat dogs and cats. In Asia there is a much higher incidence of human rabies in part because of catching the disease from stray cats and dogs killed for meat for human consumption (and preparation at home). Worldwide, the incidences of human rabies stands at 40,000 to 70,000, the majority in Asia. You can read about the symptoms of rabies: Cat Rabies Symptoms. This post discusses a person who caught rabies from a domestic cat in Gainsville, America.

Because rabies invariably kills, it is feared. There is a very low incidence of human rabies in the West but not as explained above in Asia. The main animal carriers are raccoons, bats, skunks and foxes (in the USA). The Centers for Disease Control and Prevention says that in 1989 0.4% of the cases of human rabies were transmitted from domestic cats (presume that this is in the USA). The website http://www.feralcat.com, says that any cat that bites a person should be quarantined for 10 days and vaccinated. This presumably refers to a real bite by an unnaturally aggressive cat. Cats nibble or even bite in play, often, and I for one would not take my cat to the vet for that unless there are other symptoms of rabies or general illness present.

Cats can be vaccinated against rabies but vaccinations themselves carry health risks. Vaccinations are about risk prevention and if the incidence of rabies is low and the chances of a cat getting it very low for various reasons then vaccination should not be carried out. See Cat Vaccination Recommendations.

The bacteria on and in cats can cause infection resulting in pain and swelling:
Fungal Diseases

This refers to ringworm. Ringworm affects cats and people and other animals. It can be transmitted from cat to us, typically, when our cat rubs against us to deposit scent (to feel at home - see Cat Headbutting). It is easily treatable with anti-fungal cream but takes time to go away. I should know, I got it from my stray Timmy. See Three Stray Cats and Cat Ringworm.

This refers to Toxoplasmosis and in a nutshell the subject of cat feces and whether a pregnant women is at risk. What are the risks to an embryo by a cat in the home? It is about that and I discuss it here: Cat Feces and Pregnancy.

This is not meant to be a comprehensive list or discussion. I don't think we want or need that. The risk of catching a disease from our cat is very small indeed and if we do it is not a serious disease except for the rare rabies.

Update: Do you sleep with your cat or dog? An expert Bruno Chomel of the University of California-Davis has said that it is unhealthy to do this. Pets should sleep separately but not in or on the person's bed. My cat sleeps with me and I really don't understand this comment. There is a chance of transmission of disease from pet to person - yes, but it is so remote that we can and should ignore it.