Showing posts from May, 2018
Show All

What Does Margays Mean? 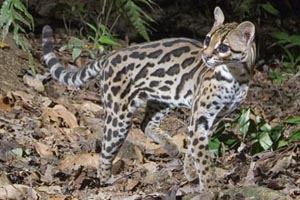 People ask the rather strange question "what does margays mean?" The word margays is the plural of the name of a small wild cat species called a margay. It lives in central and South America. The 18th-century naturalist George Buffon was the first person to use this name. Mel and Fiona Sunquist in their book Wild Cats of the World say that the name probably originates from the Guarani mbaracaya , meaning "wild cat". Photo: Felidae Conservation Fund Guarani is the language of the Guarani . There are over 3 million speakers of this language. My online research indicates that the language is one of the main divisions of the Tupi-Guarani language family. It is also the national language of Paraguay. They you are. I've answered the question "what does margays mean?" I hope this helps.
Post a Comment
Read more 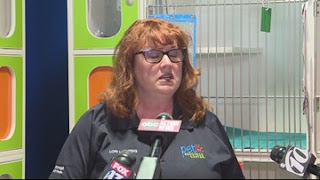 This might be a record for the number of cats to be rescued from, yes, a cat rescue organization. As it happens the organization concerned, Fur'N Feather Farm , rescues cats and birds judging by the title. It is located in Plant City, Florida, USA. Lori Letzring, manager for pet resources and community services. The 280 cats were seized because of health concerns. Florida Fish and Wildlife are helping out with respect to the birds. They were unsure how many cats there were inside the house as people were unable to enter it. I believe they have now entered it wearing protective gear. Six cats have been euthanized. They were too sick. They had multiple health problems such as parasites, dehydration and respiratory infections. There are no reports at the time whether the owner of the organization is going to be charged with a criminal offense. The organization's Facebook page has been taken down, which is a shame because it would have been useful with respect to photogr
Post a Comment
Read more

I'm not going to go over this in detail because I have recently written about heavy metals in pet food on the main website. You can read that article by clicking on this link . I am simply spreading the word. But because the required standards are much lower for pet food it allows pet food manufacturers to produce food which is arguably unhealthy under the cover of the regulations which protects them. I'm talking about the USA by the way but I am not saying the UK is better. I will check that out later. All that the pet manufacturers have to say is that they are complying with regulations and that the FDA says that their food is safe and they are home and dry. But a study recently discussed online concludes that heavy metals in pet food is between 8 and 670 times higher than in human food. The food would be considered unsafe for humans but under the regulations it is considered to be safe for cats and dogs. I don't see how that argument stacks up. Anything which is
Post a Comment
Read more
More posts