When is a Wildcat a Wild Cat?

We know that we have to protect and conserve endangered species and many of the wild cat species are endangered.  One of them is the Scottish wildcat. We also know that we have to deal with stray and feral cats. The way we deal with stray and feral cats is very often to euthanise them; in short, in many places they are killed because they are unwanted. 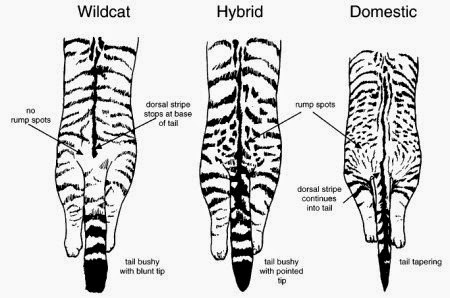 This results in hybrid Scottish wildcats.  The questions are:

You can see the difficulty facing conservationists and legislators.  People who create law often legislate about how to deal with stray and feral cats.  When they make these laws they have to define what a feral cat is in order to differentiate the feral cat from other species or types of cats.  Can they do it accurately bearing in mind what I have written above? How do conservationists deal with a melange of a species?