You may remember the famous cat saves boy story in the USA. A dog attacked a boy and mauled his leg. It was a deliberate attack on a boy as if the boy were prey and the family's tabby cat charged out of the home to the rescue and flew at the dog pushing him of the boy. The boy and cat were close and it showed.

This is a UK version; not quite so dramatic. I wonder whether the news media were just looking for the UK version; jealousy I say!

In the UK version a group of bullies were....well, bullying a boy who just happened to have a close feline companion. The bullied boy is 5-year-old Ethan and his cat defender is Smudge (see above) another tabby cat. 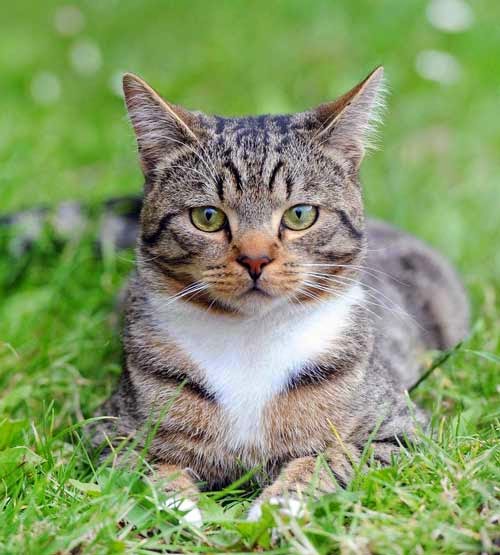 Smudge sprang (literally) into action and pounced onto the chest of one the bigger bullies. Ethan's mother says:

".....they shouted him again and then one of the boys got in Ethan's face and said, 'Oi! Why are you ignoring me?' and pushed him over.

"That's when I rushed outside and saw Smudge fly out from under our car and jump on the boys chest.

"I think it was shock more than anything but the boy stumbled backwards, burst into tears and then ran off.

The shock! The typical behavior of a bully exposed by a tabby cat.

Cats Protection run a National Cat of the Year award and Smudge has been nominated. Fame at last. Yawn...cats don't seek fame.