Mysterious Black Big Cats Are As Unconvincing As Flying Saucers

There's never been a single photograph of a mysterious black panther, in a country where black panthers don't exist, which is convincing, even remotely convincing. There have been hundreds of sightings of big cats in places where they don't exist and hundreds of sightings of black panthers which are meant to be the size of leopards and jaguars but when we see a photograph taken of the cat we end up with an image like the one below taken by Lynn Lacy, 56, who took the photograph in a field in Essex which is in the UK. 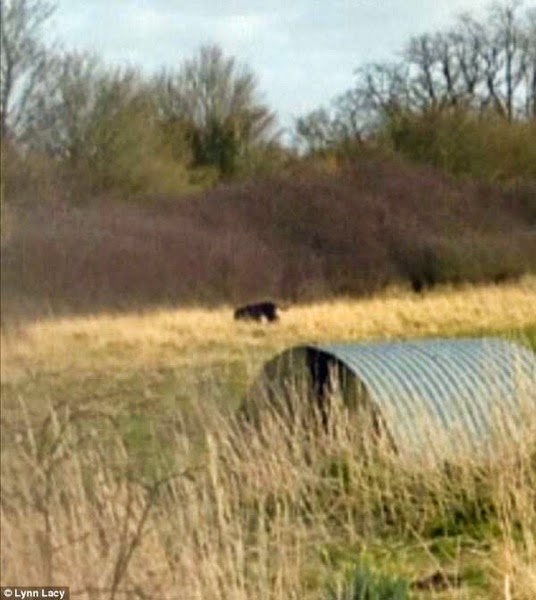 Lynn took the photograph on her iPhone after she spotted the animal on the edge of Hatfield Forest on March 11, 2014. She says that it had a long swishing tale, was jet black and prowling. She said she looked out and saw a black cat. It looked too big to be a dog or a cat but too small to be a horse. What she means is it was too big to be a domestic cat.

Based on the clumps of grass amongst which the animal is walking, about 9 inches tall, this could be largish dog or a fake photo.

We've never seen a convincing photograph of a flying saucer or any UFO for that matter.  The obvious truth is that after all these years and all the sightings of mysterious big black cats you would have thought with the plethora of cameras around today there would at least be one photograph of decent quality which is convincing or irrefutable in its support of a big cat sighting in a place where the cat is not meant to be, but no.