This is a gross example of animal cruelty admitted by the hotel management. Richard Chadwick who commented on this story on Facebook says the following about the owner of the hotel:

She is the owner of the Anastasia Hotel in Southern Cyprus. It is her, and her alone no matter how much she wants to blame the staff, who is responsible for the horrible treatment of a puppy.

This is a photograph of who he was referring to: 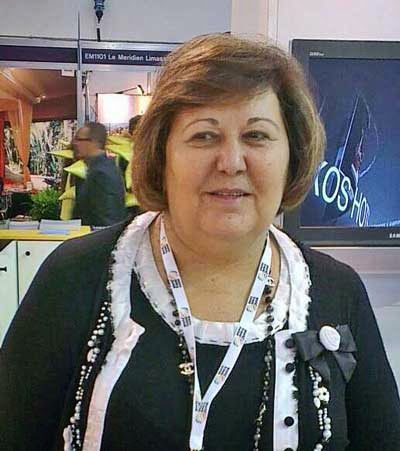 This was on FB a couple of weeks ago. The owner of the hotel issued a statement saying she had asked two of her employees to take it to a local vet as it was sick. Instead they threw it into a crusher. To give her her due, she did make sure the puppy was being cared for at the vets, sadly too late, and claimed to have sacked the two emplyees. Maybe someone should establish the exact facts before we blame the wrong person.

It appears that a 7 month old stray, sick poodle was wandering around the hotel irritating hotel management and the hotel manager asked an employee to take the dog to the vet. That is the official story but what happened is that two employees threw the dog into a hotel rubbish compacter. The dog suffered a broken back, broken bones, brain damage and an inability to breathe and later died despite imaginary intervention. 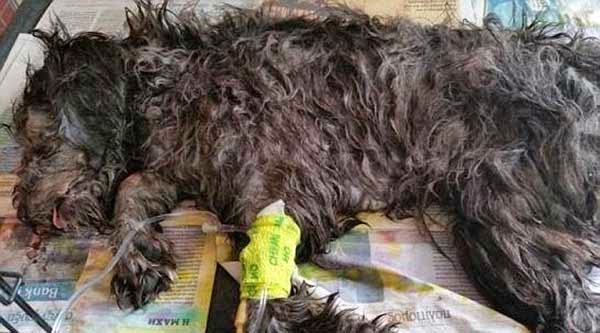 The bin that they threw the dog into was fitted with an electrically powered motor that I presume compacted (crushed) hotel rubbish.

The dog was found by holidaymakers at the bottom of the machine, barely alive.  Tourists called the local veterinary clinic but as mentioned the dog died eventually within days.

The veterinary clinic called out was MedVets. A spokesman for the surgery said that:

When we went to the hotel, he was already in a coma. We were shocked and it was even more of a shock when we were told he was put into this bin.

There's been a mass protest by British tourists and expat British outside the Anastasia hotel. The Brits are very angry and there appears to be a difference in the relationship between British people and Cypriot people towards their companion animals. I say that without being in any way overly critical of Cypriots.

The general mood amongst expats and tourists is that a country which is part of the Eurozone and the European Union should have standards of animal care equal to other members of the union. They state that this is not the case and they are shocked and disgusted by the incident.

It is interesting to note that the president of Cyprus, Nicos Anastasiades, condemns what has happened and says the incident is a disgrace for his country.

The incident is horrible and very distressing but I agree with the tourist who says that there is a huge discrepancy with respect to animal welfare laws and the relationship between people and animals across the European Union. In Eastern and Southern Europe there is more animal cruelty than in northern Europe

In Eastern European countries, often the laws are badly formulated and hardly enforced.  In Greece the stray cats are used as tourist attractions but once the tourists season is over they are killed with poison, we are told.