Fewer Approved Drugs and Medications for Cats than for Dogs

Fewer Approved Drugs and Medications for Cats than for Dogs | PoC 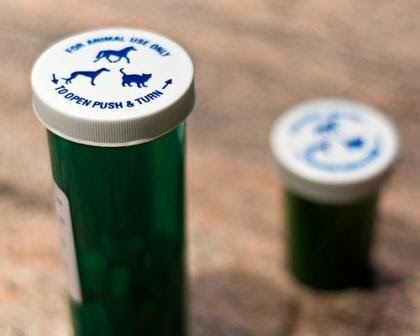 The reason is that it is not commercially viable for the manufacturers to turn out drugs and medications for cats, requiring obtaining FDA approval, which I presume costs a fair bit of money.

I also presume that the reason for this is that the manufacturers do not think there will be a sufficiently large market for the drug that they had considered to produce because cat owners do not take their cats to the veterinarian anywhere near as often as dog owners take their dogs to the vet.

I'm guessing that that is the reason.  I have almost certainly simplified things but it is remarkable that there is a disparity in the number of available medicines between dogs and cats.  It can't be the case that dogs are less healthy than cats and therefore require more available treatments.  The only reason can be that the market for drugs for cats is smaller than that for dogs which leads me to the conclusion about. If I am incorrect then someone please tell me.

In the opening paragraph I state that there is discrimination against the cat.  This conclusion comes from the fact that if a person abuses a dog they are more heavily punished in the USA than would be the case if they had abused a cat.

Although there is no hard evidence to support this, I have a feeling that the domestic cat is less valued as a sentient being then dogs.  Another reason might be the fact that the cat is more independent and therefore potentially less connected to human society.  There may also be more cat haters than dog haters for the same or similar reason.  The independence of the cat also encourages the lack of knowledge of the cat and ignorance breeds hatred.  What a person doesn't understand they fear and what they fear they kill.  That is an old native Indian saying, apparently.
Email Post