I am sure that you are as shocked as I am about the Malaysian airline aircraft being shot down over Ukraine by his alleged pro-Russian rebels using a ground to air missile. The aircraft was shot down over the area occupied by the rebels and the Ukrainian government has denied using these missiles as I understand it. The plane broke up in the air and hit the ground over a 9 square mile area indicating a explosion in the air.

If the allegation is correct that this civilian airliner has probably been shot down accidentally by a missile fired by pro-Russian rebels in Eastern Ukraine then it creates despair amongst all people on the planet because it just reinforces our thoughts that these ridiculous conflicts end up hurting everybody.

"We warned you not to fly in our sky" - a Russian separatist boasted they had just downed Ukrainian transport plane, minutes before news of crash emerged indicating they thought they had shot down a Ukrainian forces plane and not the Malaysian Airliner carring 295 passengers and crew. 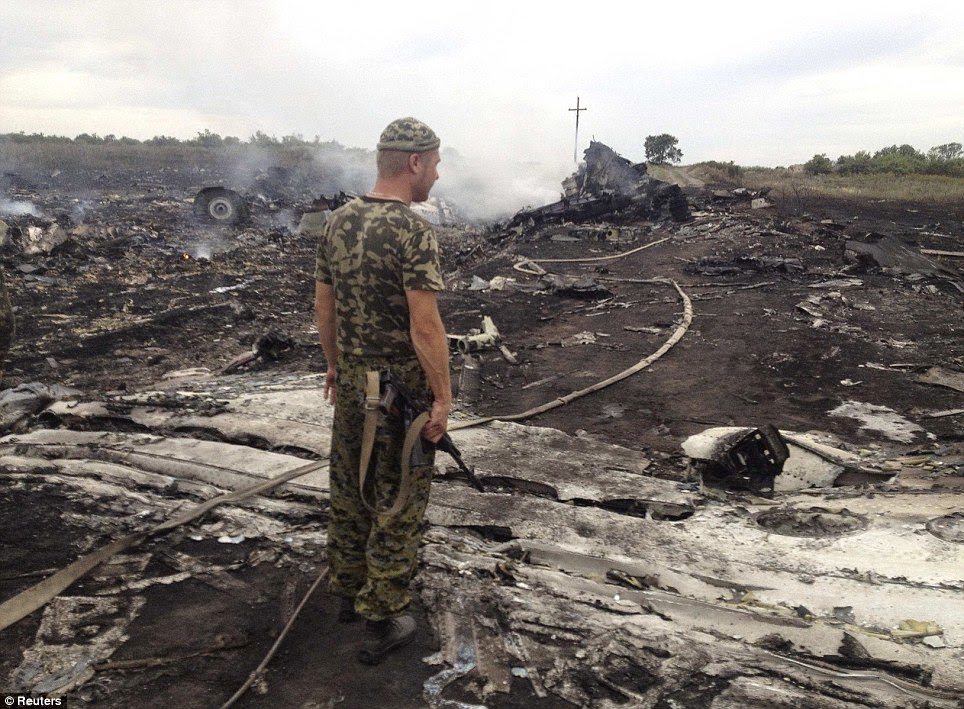 If these stupid conflicts hurt - in all ways, physically, emionally and economically - people who are not involved in them then they hurt cats as well. Everything that we do which is destructive damages the life of the domestic cat either indirectly or directly one way or the other because their lives are our lives.

It is impossible to believe that pro-Russian rebels shot down the aircraft deliberately.  Perhaps they fired a missile from the ground at an aircraft belonging to Ukrainian government forces and missed and the missile carried on and impacted with the commercial airliner or as mentioned believed the aircraft was Government transporter.

The question is why was the airliner flying over a pro-Russian held area of the Ukraine? I don't know whether that is a legitimate thing to do or whether the airlines were advised not to fly over Ukraine. I would very much doubt that the pilot made an error in flying over the Ukraine. In which case any aircraft flying in the area would be susceptible to being shut down by a stray missile fired from the ground.

Update: it is not as yet a no-fly zone (it will be though today). The aircraft was flying at 33,000 feet. The pilot was saving time and thought the plane was safe due to the height it is believed. However, the missile (Russian made BUK) has a range of 31 miles.

It is highly distressing to everybody to read this story because it is so destructive and so pointless. The death of the passengers is utterly pointless. It is a stupid accident perpetrated by stupid people fighting over a stupid cause. Russia is to blame. Russia wants the eastern Ukraine to be part of Russia and they don't give a damn about the consequences. Russia is run by Vladimir Putin. We have to blame Mr Putin the president of Russia for this loss of life and destruction if the allegations are proved correct.
Email Post
Labels: cat welfare human behavior