This is a cross-post to an article I wrote a while ago but Google is not picking it up.


"..During this process the animals are put into a small box with many other animals (sometimes up to 30. The gas is turned on they are scared and cramped as this gas fills their lungs it starts burning their insides and eyes. They then begin to panic and cry for help as they bleed from their cavities, vomit and defecate all over (literally) and finally after enduring this for several minutes they take their last breath... As all of this is going on they are usually fully conscious." (Olga's email to me - thank you Olga) 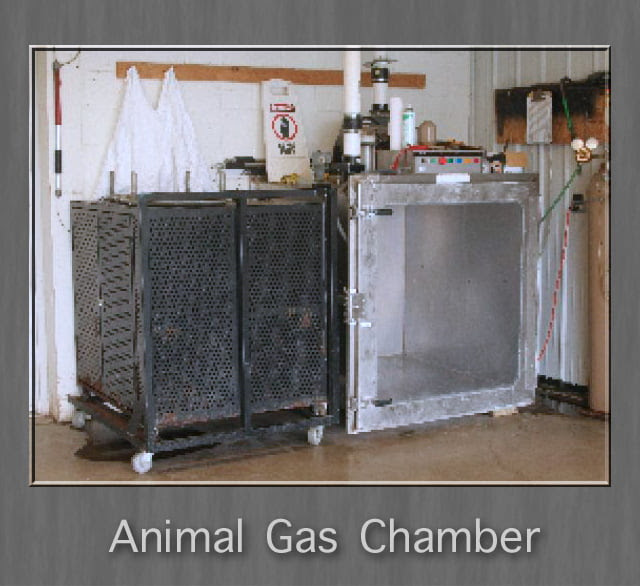 To think that animal shelter volunteers and staff deliberately place dogs and cats into these horror machines to kill them in a way that is for me reminiscent of the Holocaust.

Sorry to mention that but it has the same flavour about it and I don't see why we can't mention it in relation to animals as well as people. I don't know how widespread gas chambers are at shelters today in 2014 but at one time they were not that uncommon in the USA.

There has been a cutback in their numbers towards more humane methods but very late in the day because after all gas chambers are cheaper. You just stuff the animals into the chamber, let them writhe around in fear and terror in their own vomit and faeces and when it is all over you drag out the corpses and stick them in a bin and hose down the gas chamber, I guess.

That's the human race and their relationship with domestic animals at the dirty end, the end you don't want to see and don't get told about -- the end of the operation that is brushed under the carpet and conveniently forgotten.
By Michael Broad at July 25, 2014