Human and Wild Cat are Forced Together 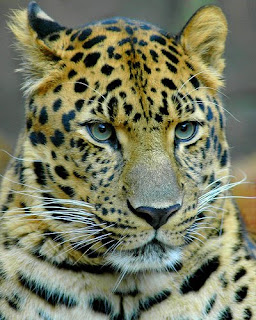 The ever present expansion of the human population means that human and wild cat are forced together unnaturally. Neither party want it this way. The wild cat tries to avoid humans because we are dangerous to a wild cat. Wild cats, even the large ones, do not naturally attack people as prey. They have their prey but unfortunately their prey and habitat is being depleted by human activity which grows and grows in line with human population growth. we try and avoid the big cats because we are fearful of them. We think they might attack us but if we leave them alone they won't.

This problem is typically encountered in places like India. This clash of two entirely different species, big cat and human (two top predators, the human being the number one predator so he always comes out on top) takes place countless times every year in India and Bangladesh for example. Bangladesh is the most highly populated country in the world so it is not surprising that human and wild cat are forced together in that country (see Bengal tiger facts). But who is at fault? Which population, the big cats or the human's is expanding rapidly and which is shrinking rapidly? Human population growth threatens the world in terms of environment (global warming being classic example) and wild life. We just occupy too much space and big cats in particular need large ranges in which to roam.

What prompted this post was a story from last year of the slaughter of a leopard (the cat was set alight apparently -that caught my eye and made me feel very sad). This leopard had been forced to approach villagers and apparently attacked and killed several. It took place in May of last year in Bilahar village in Lakhimpur Kheri District in Uttar Pradesh:

Hundreds of villagers surrounded the cat that was hiding (and trapped I guess) in an orchard. The cat tried to make a break for it and was overpowered by the combined force of the large crowd. I find this very sad indeed for both species (human and cat).

This forcing together of two species that should, in a more harmonious world love together peacefully, has resulted in the killing of 228 leopards since January 2006 and 68 leopards have been killed in 2007, in India. There were 7,300 leopards in the wild up until 1997 but these statistics are frankly unreliable. The wild cats are very shy of humans, which tells us how desperate this leopard was to attack people. We cannot get a handle on the matter at all and India is one of the centers for the supply of wild cat parts to neighboring China according to Maneka Gandhi, a most reliable source. Human and wild cat are forced together - it must stop before it is too late for the wild cat.

Human and Wild Cat are Forced Together to Home Page

Photo of leopard by by ucumari (a fine wild life photographer) published under creative commons license: