Yes, fourteen million cats are destroyed each year (in the United States) according to the author of an article on feral cats on the seacoastonline.com. I had thought that about 2.2 million feral cats were euthanized each year in the United States. Maybe the figure has gone up. Can someone confirm the true figure. The author also says that there are 60 million feral cats in the USA (src: HSUS - a good source). Apparently, as far as I can remember, there are about 80 million domestic cats, in homes, in America. So that means the feral cat population is similar to the homed domestic cat population. 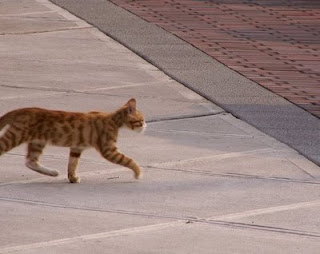