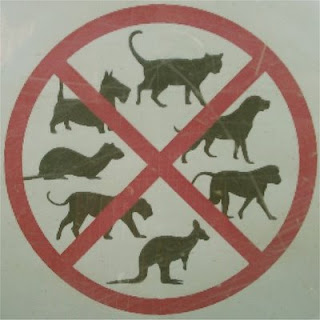 It is probably worth recognizing cat rabies symptoms as rabies does occur in cats in many countries and in the United States, the home of the biggest domestic cat population. America also has the most developed cat fancy, I would say, despite the cat fancy starting in England in the 19th century. In England rabies does not exist, by the way, due to stringent controls over many years. Perhaps the fact that it is an island also helps a lot. I read somewhere that the channel tunnel (connecting England to France) is jeopardizing the rabies free environment of England.

I was prompted to make this post because of news story of a domestic cat in Gainsville, America that caught rabies.

Two residents of Gainsville were bitten by the domestic cat in question and had to be treated. Treatment (post exposure to rabies) consists of a series of injections and is normally successful, as I understand it. The cat, an outdoor cat, must have come into contact with an infected wild animal. Apparently, there were 43 confirmed cases of rabies, in wild animals, in Hall County in 2008.

The cat appeared to be ill and was being taken the vet by its keepers. The vet put the cat down (euthanized the cat) and tests took place to confirm rabies. Clearly the symptoms of rabies presented as a general illness to the owners. What are cat rabies symptoms? Of course cat rabies is the same as rabies found in any animal, wild or domestic including humans.

The incubation period (the time from first infection to signs of the disease) can be short or long. The incubation period can be from a week to a year. The closer the bite to the head of the victim, from the infected animal, the shorter the incubation period. Symptoms start with pain and/or tingling at the site of the wound combined with fever, loss of appetite and headache. There are two ways it can develop:
There is an argument to vaccinate against rabies (it is obligatory in the US but not in the UK). It depends on where you are. However there is a change in thought about vaccinations generally as cat vaccinations can cause severe health problems of their own. Vaccinating our cat should be considered as a medical procedure not a routine and automatic process. Here are some Cat Vaccination Recommendations.