This is an article on the tribal lion tattoo. I know and like lions. This site is about cats and I have made a post about tattoos (picture of cat tattoo). Tribal tattoos interest me. I am not an anthropologist but I do know that a society based on a tribal structure predates the concept of states and larger groups of people. We only have to look at Africa to see some countries going backwards (or perhaps, it could be argued, forwards) into a tribal structure. When the typical government breaks down it seems that people form or revert to tribes, in which they feel safer and more comfortable. Is this the reason for the upsurge in teenage gangs and tribal tattoos?


In London, UK teenage gang culture on the poorer estates is common. These teenagers, it could be argued, form gangs (or if you like tribes to use an older term) as a means of finding "belonging". This is perhaps because they cannot find that in their family unit or in the nation as a whole. The concept of family is on the wane. In the UK, for the first time since the creation of the unit of marriage, there are more single people than married people. It could be argued that the growth in the single parent is in line with the growth in the number of teenage gangs. And 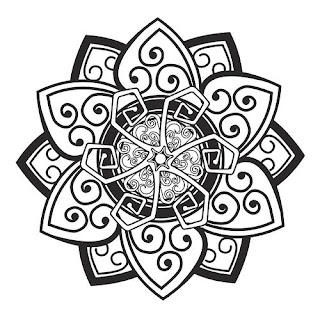 when people are part of a gang or tribe they like to mark that in some way, to tell the world that they belong. This is also a sign of strength through unity.

Gang culture extends to criminals and prison. For example, A.C.A.B. stands for "All Coppers Are Bastards" and is a prison tattoo in the United Kingdom. "Copper" means police in the UK.

The tribal tattoo is the perfect way to demonstrate to the world that the person is a tribal member. And the tribal lion tattoo is one of the most popular, I am guessing, because the lion is revered by people as one of the finest if not the finest hunter on the planet. People like to be associated with that and gain strength from that association. Also, the Celtic style tattoo is popular today. The one opposite is a Celtic flower/circle tattoo design. The Celtic tattoo look is distinctive. There were many Celtic tribes during Roman times.

The unit of a tribe is smaller than that of a country or state. It is more manageable and supportive. The structure of a tribe is simpler than that of a nation (a much larger and more complex group). Tribalism has been referred to as "primitive communism" as, within a tribe, there is less of a notion of personal property and there is a greater sense of equality amongst the members. Tribalism is the first social system for humans. Tribes existed before countries and states and larger divisions of people. The social structure of tribes has a longer history than any other in the history of humankind. It has endured because it satisfies the human's need to socialize. Humans are social animals and find it difficult to live alone.

Some people argue that since the dissolution of the tribal structure, civilization is not working. They argue that a return to tribalism, a proven social structure, would solve or improve society. 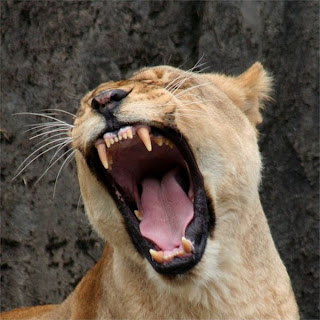 The lion is the supreme hunter. It is the lioness who does the hunting. They hunt in coordinated groups. The lioness is fast but cannot sustain pace over distance. The maximum speed is about 40 mph. The chase for prey will, therefore be over a distance of about 30 meters.

Working together, the lionesses encircle a herd. The attack is quick and powerful. Prey is usually killed by strangulation. The lion clamps her jaws around the neck of the prey or over the mouth and nose so that the animal cannot breath.

Perhaps (a) the mixture of a coordinated approach in which the lionesses support each other and become more effective as a group (a tribe dare I say it - actually it's a pride, a similar term interestingly), (b) the speed and strength of the lion and (c) the fact that the lion is a top predator (after the human) makes the tribal lion tattoo particularly popular. 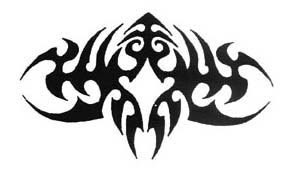 Tribal tattoos are going through a revival. The tribal tattoo is very particular in appearance. It is made up of a very strong design, thick usually black lines and swirls with sharp edges and points (see below right).

Although some tattoos are simply body decoration, most people have tattoos for reasons of religion, spiritual belief, personal convictions or to mark out that person as part of a group (or lets say, tribe). The desire to "belong" runs deep in all of us. Tribal tattoos can reinforce a positive feeling about ourselves and can give us a feeling of a connection with the ancient past.

Tattooing was widespread among Polynesian peoples. It was also popular among some tribal groups in the Mentawai Islands, Philippines, Borneo, North America, South America, Mesoamerica, Europe, Africa, Japan, Cambodia, New Zealand and Micronesia. It is still popular in many parts of the world.

Some good websites (but you'll have to pay) for designs including tribal lion tattoo designs are: