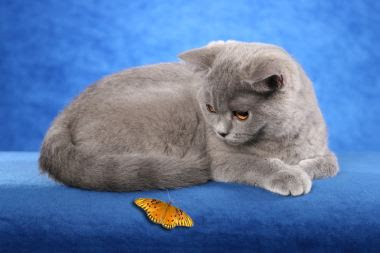 The blue coat is a dilute form of black (see a description of the term genetic dilution and more: cat coat color dilution). The actual color is a blue/gray. The color could be described more accurately as grey or gray. In the 19th century, when this cat breed started out in the cat fancy, the term "blue" sounded better. Perhaps it still does.