Shelby, disappeared from her home with the Jalong family in Australia 13 years ago.  Then she suddenly turned up covered in lice with heavily matter fur. Her owners, apparently, didn't recognise her at first until they checked against a photograph. I can understand the difficulty in identifying her after 13 years.

Shelby's return has been described as mysterious and very strange but something very similar happened to my mother's cat. I'm not sure that it is strange to be honest. My assessment is that some domestic cats don't like domestication too much so they leave the family home and live in the wild or semi-wild. Their natural wild traits, which are just below the surface, trump their domestication/socialisation.

Then when they get older, say at about 15 years of age, they are tired, perhaps arthritic and unable to chase prey, so they decide to come home. It is a bit like a person going into a residential care home for the last years of their lives. They come home because at that stage domestication becomes attractive. 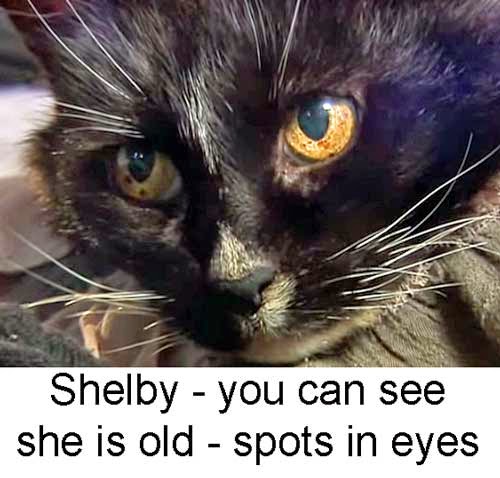 In the case of my mother, she had cared for many cats in her life (she died 5 years ago) and one them was a ginger tabby male cat, who she called Tigger. My mother lived opposite a golf course. Tigger left one day, unannounced, when he was quite young to go to live on the golf course. He returned about 13 years later quite clearly arthritic because he walked almost sideways on. He looked old, tired and quite grumpy and was certainly ready for some warmth and care.

My mother tried to pick him up but he scratched and bit her. He had become wild again but he still appreciated the benefits of domestication in old age. My mother fed him but left him alone.

Cats do have wonderful memories, much better than people realise. Sometimes their memory relates to the scent of a person. Cats have very good memories of scent. They can remember a person by how they smell. And as we can see they can certainly remember where their domestic home is even after 13 years but it is quite likely that Shelby lived outside nearby. I suspect that she lived outside for most of those 13 years.

The cat that now lives with the Jalong family is upset at the new arrival.
Email Post
Labels: cat returns home missing cat