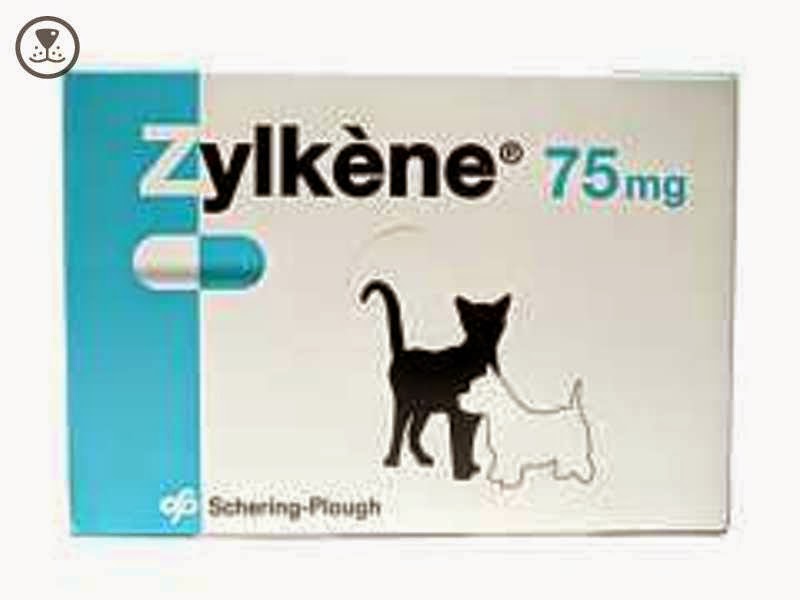 This is a medicating food supplement that comes in the shape of a pill and it calms cats and dogs down. It was launched in April 2008 but this is the first time I've heard about it. The active ingredient is stated to be a natural product derived from casein, a protein in milk.

The product website says that the active ingredient is a molecule well-known to promote the relaxation of newborns after breastfeeding.

The medication or food supplement is given daily. The capsule is opened and the contents mixed with the cat or dog's usual food or it can be mixed with liquids.

This calming food supplement should be given to your cat or dog a few days before it is required. The sort of situations for which it is designed are for example the introduction of a new cat or dog to the household or going to the vet perhaps or taking your cat on a long journey.  In fact, any number of circumstances and environments under and in which your cat or dog might become agitated and stressed.

How does this natural but effective tranquilliser work?  Incidentally, I say "effective" because if we are to believe Amazon reviews, they indicate 4 stars out of 5. This is not bad.

A scientific website states that the active constituent is a concentrated peptide found in cow's milk. It is apparently superior to Valium (diazepam) in “some models of animal anxiety".

Peptides are chains of amino acids that have a biologic activity within the body.  The product website does not explain how it works it but it seems that the peptides give a message to the brain and spinal-cord of the animal through GABA receptors which tells the animal to relax and calm down.

I believe that the peptide concerned is called Alpha-casozepine. This is a chain of 10 amino acids.

As I understand it, the same ingredient is used in a de-stressing medication for people.  In America in 2008 there was and possibly still is a product designed for people called De-Stress which is based on the same active ingredient.