It seems in some countries in Europe a percentage of women prefer to have a cat or dog, usually a cat, instead of a child. For example, in Italy women now have an average of just 1.29 babies each, which is far short of the required amount to maintain the population.

I recall, that in Germany they have a similar dilemma.  Economies are based upon a workforce and unless there is a sufficient workforce coming online then the economy will flounder especially when there are more and more elderly people living longer due to advances in medical care. The UK workforce is supported by immigrants. 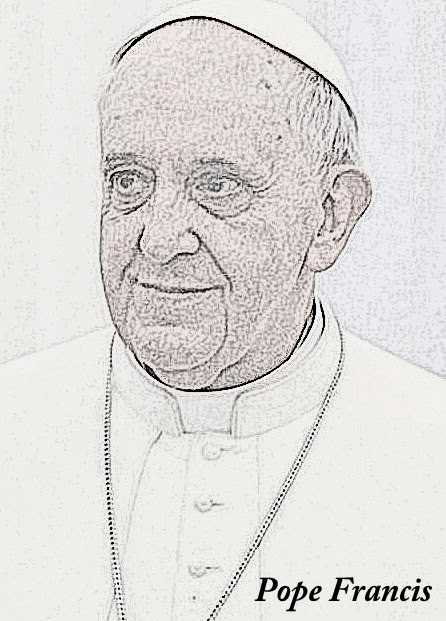 It may be that this general trend in Europe, especially in northern Europe, prompted the current Pope, Pope Francis, to warn people not to have pets as a substitute for children.  He provided the advice that couples without offspring end up lonely and bitter.

The point he is making is that when you have an adult child or children, at least you have their company in old age.

I respectfully disagree (partly) because a lot of independent-minded people living alone who care for a companion cat are not lonely in part because of their cat.

Pope Francis delivered his message to married couples in the age bracket 25-60 who were invited to one of his morning Masses at the Vatican's St Martha's guesthouse, his home.

He went on to say,


“Jesus does not like...  marriages that are sterile by choice...  This culture of well-being from 10 years ago convinced us: it's better not to have children!  It's better!  You can go explore the world, go on holiday, you can have a villa in the countryside, you can be carefree.  It might be better, more comfortable, to have a dog and 2 cats, and the love goes to the 2 cats and dogs."

Pope Francis says: “this is true or is this not?  Have you seen it?  Then, in the end, this marriage comes to old-age and solitude, with the bitterness of loneliness."

Pope Francis likes nature and he wishes to preserve it.  He's a good Pope.  He does not have any pets, although his predecessor is a renowned cat-lover.  Before becoming Pope, Benedict XVI shared his Vatican flat with four cats.  When he became Pope he had to arrange for a cardinal to look after them.

Benedict agreed to the publication of a children's book (which I presume he did not write himself) entitled: Joseph and Chico: The Life Pope Benedict XVI as Told by a Cat.

Pope Benedict has a collection of ceramic and crystal cat statuettes given to him over the years.  We are told he takes walks in the Vatican Gardens with stray cats.....