Do you remember the scandalous story of the pet jerky treats made in China and people reporting over one thousand dog deaths and many more complaints of illness as a result of eating these treats?  The majority of the problems concerned dogs but some cats were also affected.  As I recall, the FDA was unable to establish hard evidence that the Chinese made pet treats were causing the deaths and therefore the product remained available to the consternation of perhaps hundreds of thousands of dog owners. Petco recently decided to remove it (in the near future) from their shelves. 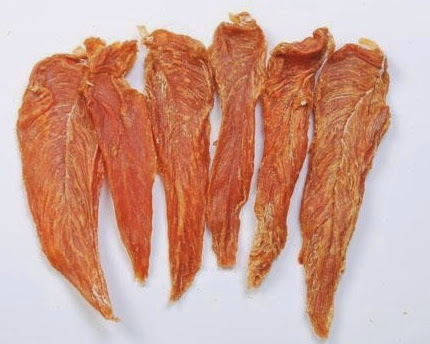 Well, I read today a post on the website of Dr Mark Peterson a veterinary endocrinologist which he is titled “Insect Repellent, Anti-Viral Drug Detected in Jerky Pet Treats for Dogs".  The post is dated May 22, 2014.

This is not, therefore, strictly about cats but it is about pets and therefore relevant in my opinion.  Dr Peterson states that chicken jerky treats which are being eaten by dogs over the past few months have been found to be tainted by insect repellent which is known as a DEET (N,N-diethyl-meta-toluamide).  DEET is a rather nasty chemical that can affect a person's health in sufficient dosage. This product has also been found to be tainted with the anti-viral drug called amantadine.

This information is according to a veterinary pathologist who I understand is Dr Harr referred to below leading independent research into his long-standing pet jerky treat mystery which, as mentioned, remained un-resolved for a long time by the FDA.

“The clinical significance is unknown … but these are contaminated treats,” Harr said. “I think what the illegal residues tell us is that we have a contaminated food source.”

This information seems to be significant to me and I believe that it would be wise to pass it around the Internet.

This is a full report.