This cat is described on the lovemeow.com website as a black cat.  Wrong.  Sorry.  People were scratching their heads as to why this cat developed a white mane (ruff) around his neck one winter. The photograph made interesting viewing because there appeared to be a stark difference. White = transparency - no pigment. 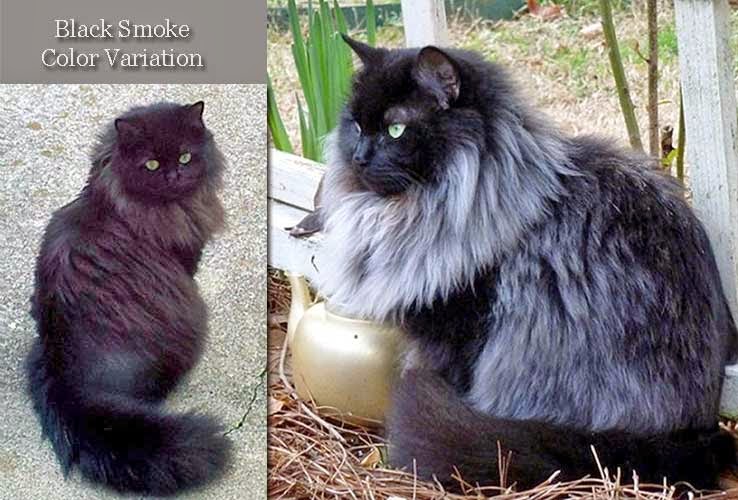 So the cat's owner thought they had black cat that had turned white to a certain extent.  It is interesting but I think the reason for it is quite normal and mundane.

The lack of pigmentation in a large percentage of each individual hair strand is due to the presence of an inhibitor gene (I) in the cat which inhibits the production of pigment which takes place in the cat's skin and which is transferred to the hair strands.  The pigment is called melanin or the more technical term is eumelanin.

In my opinion, the reason why this handsome cat developed a white ruff or mane is because in winter there is less sunlight.  Sunlight creates vitamin D on the fur of a cat.  The cat licks her/his fur.  The cat ingests (eats) the vitamin D.  Vitamin D is associated with production of an amino acid called tyrosine.  Tyrosine is associated with the production of a pigment called eumelanin in the skin of a cat.  If there is less light, there is less than vitamin D, and less tyrosine, and less pigmentation which leads to a white ruff.

The key to this assessment is this: this is not, as stated, a black cat but  a black smoke cat and they are quite different because the genetics are different.  A lack of tyrosine in black cats makes the fur go rusty colored.