- May 10, 2014
Accused Cat Kicker Released From Jail Without Bond

Based on what I read about this story, my interpretation of it is that when a person commits aggravated animal cruelty and is convicted for that crime, his sentences dependent upon the severity of the animal's injuries. 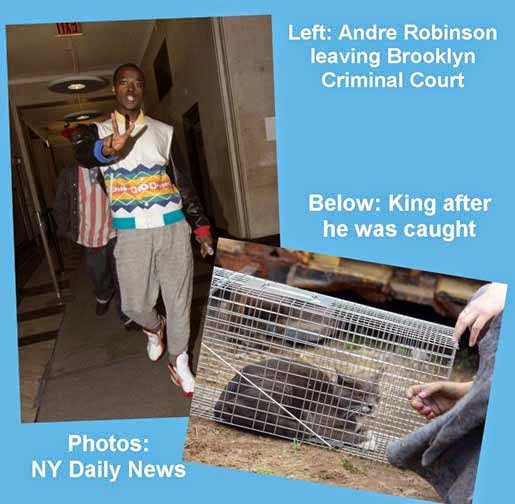 I find that a little hard to comprehend because firstly some injuries appear quite a long time in the future and therefore they cannot be assessed at an earlier hearing.  Secondly, nobody ever assesses an animal's psychological injuries and believe me they do suffer that kind of injury.

Thirdly, I'm not sure that the severity of the injuries affect the criminal intent and sentencing should be strictly linked to the level of criminal intent.  After all, when a criminal hits somebody or an animal they intend to hurt that animal or they do it with a reckless disregard as to whether the animal is hurt or not and that is a fixed state of affairs requiring a fixed sentence or one that is within quite tight boundaries.

Also, in this particular case I am almost certain that the judge did not see a veterinarian's report on the severity of the cat's injuries.  I could be wrong there but I don't think a proper medical report was written.

I would ask you to click on the link at the top of this page and read the story and see what you think. I disagree with the judge who appears to have dealt with this matter carelessly, which may be because the victim was a stray cat and to be honest, in this rather brutal world, they don't have much value, do they Not in the eyes of humankind or the law anyway.