How do Pheromones Calm Down Domestic Cats?

The first question is whether they actually work.  Commercially produced cat pheromones are synthetic.  They are not natural.  There are produced in a factory.  Are they as effective as a natural pheromone?  I would doubt it but these products are becoming increasingly popular.  Commercially produced feline pheromones are a substitute for tranquillising drugs or mood enhancing drugs for stressed domestic cats.  There appears to be more stressed domestic cats today than there were in the past.  I wonder what's going on? 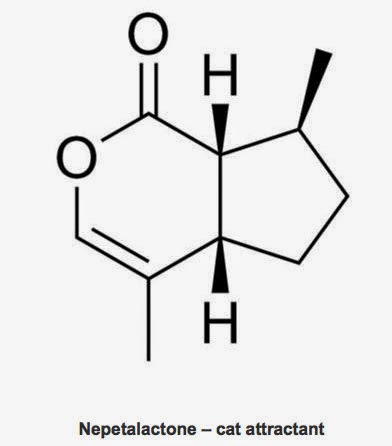 I won't go into this too deeply but the best answer to domestic cats that are stressed as to avoid situations which make them stressed.  Often in multi-cat households individual cats may feel stressed because they don't fit in with the group of cats. One cat maybe dominant and another subservient with aggression directed at one cat, who cannot hide, for example.

Anyway, in lieu of Prozac some people will try Feliway or a pheromone collar.  The pheromone will be in a diffuser which is electrically operated.

Pheromones help a cat find a mate and are excreted by cats in various ways including rubbing the side of the faced against objects. Pheromones are very important with respect to many cat behaviours.

There are different types of pheromones, including:


Of the 4 above, the third one down is the one which is commonly used to try and calm down domestic cats in the household.  The idea is that the pheromone given off by a mother and which is picked up by her offspring is one which is a friendly signal.  It is a scent which indicates to the newborn that he or she is in a friendly environment and which is attractive.  If that smell permeates a home then an adult cat who is agitated may believe that he or she is in the presence of his mother which should calm him.

The theory isn't bad but I think in practice commercially manufactured synthetic pheromones may have a limited effectiveness perhaps partly because they are synthetic and also because the intention is to trick an adult cat into being a young kitten again being nursed by his mother.  Is that really possible?

Feliway, apparently works in a different way by trying to mimic the pheromones given off from the sides of the face of cat when the cat rubs objects.  This is a form of marking territory and I suppose the idea here is that when a cat smells the pheromone he feels he is in his own territory therefore feels more secure.  The only question I have once again is whether an artificially created pheromone can send the precisely correct signal to a domestic cat.

I think you'll find that there are reports that pheromones do work to a certain extent but the effect may not be sufficient to overcome an ingrained or inherent anxiety in a domestic cat.

As I said, the better course of action is to isolate the source of the problem and remove it.  Cats in multi-cat households are almost certainly more likely to be in situations and an environment which could lead to anxiety problems and what can owners euphemistically call “bad behaviour".  This is not bad behaviour it is just natural behaviour as a result of the environment in which the cat finds himself.