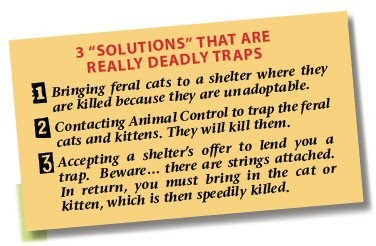 
I'd like to honor 3 fine and famous women who are beautiful inside and out involved in animal welfare.

The first is Doris Day. She has had a life long love of dogs which extends to all animals. She is the president of her charitable foundation, the Doris Day Animal League. She has Sir Paul McCartney and his ex-wife Heather Mills as advisory members of the board. I doubt they attend meetings together. I'll admit I quite fancied Doris. She had (might still have) a gorgeous figure. She seemed so sweet and nice on the screen and it seems she is actually sweet and nice. Although we are all human and she can't be nice all the time.

One thing I particularly like is that they describe their mission as working to improve the lives (my words) of "non-human animals". This is very enlightened and I would have thought goes against the grain a bit in the USA which is a deeply religious country. Religion can clash with Darwinian evolution and the reference to "non-human animals" is all about natural evolution and saying that we are no different than the other animals on this planet except that we do more damage.

The appearance of famous and beautiful women is interesting to the vast majority. The trouble is it is usually the wrong kind of interest. This makes it difficult for beautiful women when they are older. It can be more difficult for beautiful women to be taken seriously. It seems that most top celebrities have plastic surgery of some kind. This makes it difficult those who are more concerned with more real issues such as Doris Day. We don't see pictures of her now. It may be that she has not had plastic surgery (great for her) and doesn't want the press making ridiculously inane comments about this. We love you Doris. And for me is it is because of what you are and not how you look.

Talking of looks and animal welfare, Brigitte Bardot was and very much still is, gorgeous. She has completely rejected the idea of plastic surgery which for someone so beautiful would seem difficult. She must have known that the press would jump on this and make disparaging remarks about her appearance (even at the age of 73) when all she wants to do is to help our fellow creatures (i.e. stop humankind hurting other animals). I applaud her massively. She is a fine example to all young women and the girlie magazines should have her on the covers. She has recently helped achieve a ban on the importation into France of seal products from Canada. Well done Brigitte.

Now nearer to home, Celia Hammond. Another beautiful woman inside and out. She was a famous model at the time of Twiggy and the swinging 60s (David Bailey comes to mind immediately). She has dedicated the last 40 years of her life to animal welfare and improving the lives of cats, a person who thinks like me but she has done so much more than almost anyone else to actually help cats. It's not just talk, it is pure action and plenty of animal welfare.

Her recent mission is to rescue the Olympic site feral cats. She succeeded but the canny Blackjack, a medium long haired black moggie has not been tracked down. He is too frightened of humans and too smart. I don't know how she deals with the national obssession with appearance. She is beautiful but will inevitably get comments about her appearance, when once again the focus of discussion should be about what she does and thinks. One day human kind will grow up and get real.