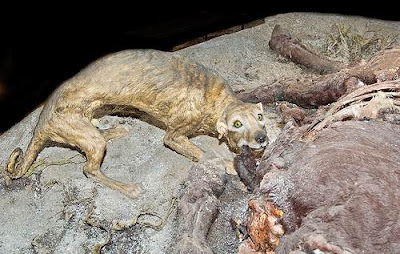 Lets think of animals in war. Not this time those brave animals who have assisted humankind in conflict (I'll make a posting about them another time) but the innocent victims of "collateral damage" or even the victims of in my opinion unnecessary cruelty towards animals by forces involved in conflict. And lets not forget these cats (and dogs) left behind by their human keepers when they go to war (and left forever if they don't come back).

Of those unnecessarily hurt by the military I refer to a previous posting about the feral cats in Baghdad. If these cats are killed under a standing military order then it happens all over the world where there are US forces. This is a hidden and cruel consequence of war. Why should innocent animals be deliberately slaughtered? There are better ways. Please read the story and come back. It is thought that the military kill cats on Iraq bases for tax reasons. The official reason is the prevention of spread of disease. I have never caught anything from my cat in decades of living with cats. Come on guys!

When the military are not deliberately killing cats, they are killed in the conflict or by the aftermath of the conflict. Here are extracts from a news article written on 10th December 1870:

"In the village of Bazielle, near Sudan, which was burned by the Bavarian troops on Sept . 1 - so completely destroyed that there is not a house left in the place - it is pitiful to see the poor cats. When the fighting took place the people all fled; a few took shelter in the caves or cellars of the houses; but when the place was fired all had to seek safety in the flight; the cats also had to fly. The unfortunate inhabitants could not return, for the village remained a mass of rubbish.....The cats of the village nearly all returned; each found out its old quarters. the destruction by fire and utter ruin did not prevent these domestic creatures from finding out their old abodes, and there might be seen sitting on the charred window-sills, looking starved and miserable. The village contains nothing but blackened heaps of stone and charcoal-nothing to eat, for every consumable thing was annihilated by the fire and poor puss is left without a friend or any source from which commissariat supplies can be got......"

So as we see, it is not only humans who suffer the consequences of war but we totally forget the other animals. We shouldn't.