Here are some black cat pictures. Black cats are the least popular cat in terms of coat type. I am referring to an article in Press Publications2 entitled: "Black cats less likely to be adopted at shelters". The black cat is still associated with superstition (see cat superstitions and Black Cats ). Depending on your preferences black cats are either good luck or bad luck or something in between. In the USA it is considered unlucky to cross the path of a black cat. The article says that many shelters (in the USA) ban the release of black cats for adoption during Halloween (coming up in 2011) in case they are adopted for the wrong reasons (as you know black cats are linked to witchcraft). It seems that people choose cats partly on its color, which is unsurprising as a cat's appearance is a major, if not the most important, factor in choosing a cat purebred or not. 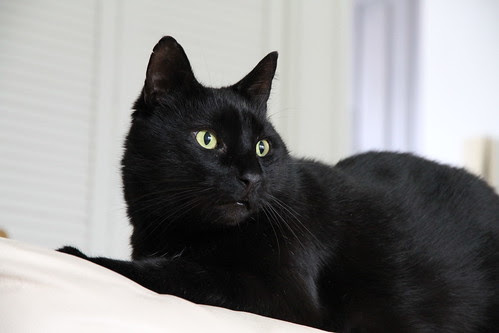 Some rescue centers euthanise black cats on their arrival at the center because the chance of rehoming is very slim. They are considered unattractive by many people. Clearly some people have different ideas in searching for "black cats pictures". And they may be pleased to hear that there is some evidence that suggests that black cats are more healthy. The gene that causes melanism (the black pigment is called melanin) may be able to help protect cats from infection from virus and bacteria1. See also black cat coats

Three pictures on this page of a black cat are mine, which is self indulgent. The handsome boy above and two below is my three legged cat, Charlie. I also love my other cat a black and white girl. Black cats only bring the luck that you bring to the relationship. 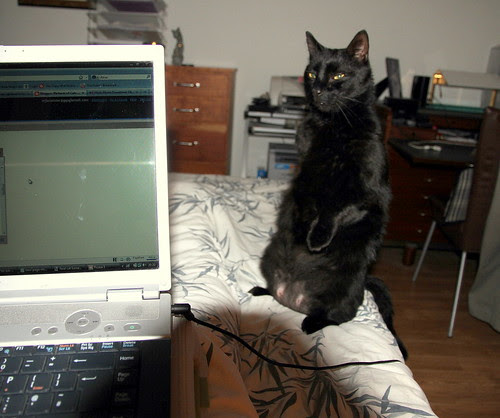 Here is another picture of my black cat: 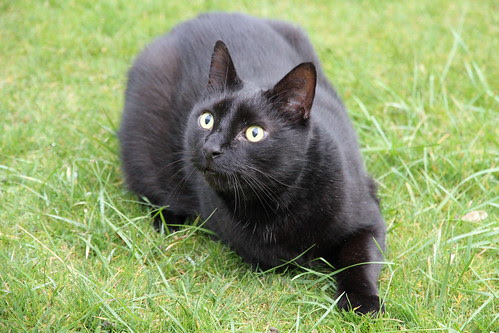 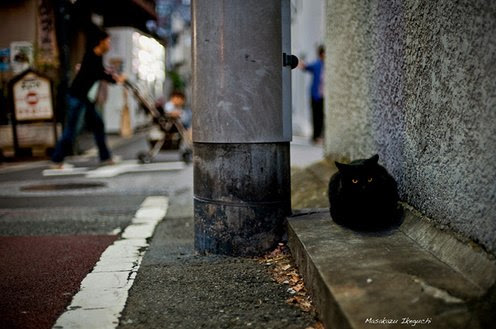 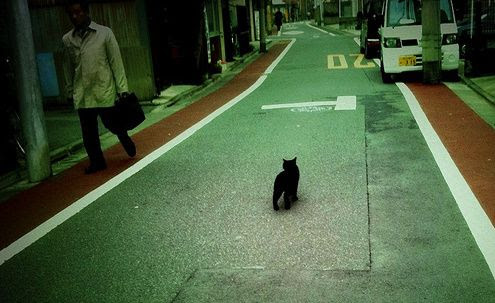 MAR's pictures are protected by copyright - please respect it. Here is a link to his Flickr photostream

From Black Cats Pictures to Home Page
By Michael Broad at October 28, 2011