The habitat of the snow leopard covers a large number of countries, which can be seen on the map below marked in green. The range is actually more fragmented than as presented in this map - see below.


The above map is published under a Wikimedia® creative commons license license = Attribution-ShareAlike License. User: Laurascudder. This is a modified version as allowed under the license. The picture has been cropped slightly and the names of the countries added.

Below is another map of the snow leopard range (distribution). It is more fragmented than the Wikipedia version but more precise. It is based on the IUCN Red List of Threatened Species™ map which should be the most up to date range map available. 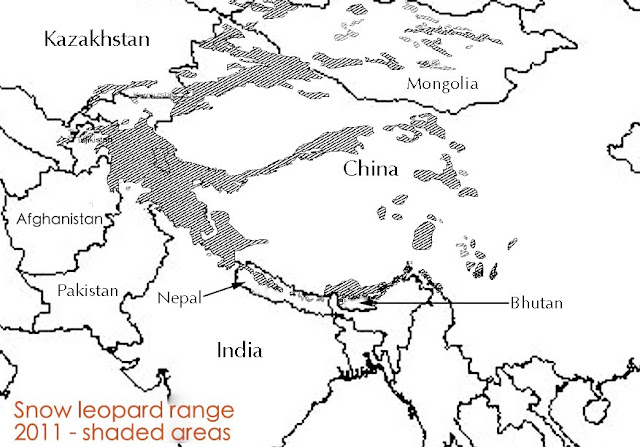 The habitat of the snow leopard is a rocky one. They are rock climbers and very agile over rock. The terrain is rugged. The terrain is broken and rocky, sparsely vegetated. and dry. It is above the tree line. As can be seen from the above video the habitat of the snow leopard is steep! They spend most of the time living on 40º slopes. Although at lower elevations they use the flat planes in between the mountains.

The snow leopard is "sparsely distributed" throughout the mountains of Central Asia. The population size is not certain. Snow leopards inhabit elevations between 600 meters (2,000 feet) to 5,500 meters (18,000 feet) in the summer. They are found in arid and semi-arid steppe habitats. In some areas such as the Gobi Desert of Mongolia and Tibet's Chang Tang there is virtually no vegetation despite the fact that the diet of this cat includes a relatively high percentage of plant material. In Pakistan and India they come down to the fir, oak and rhododendron forests in the winter.

Populations of snow leopards are separated by the mountain ranges. As at 2002 the area of the snow leopard was estimated to be 1.2 to 1.6 million km², although at one time it exceeded 2.5 million km².


See lots more on the Snow Leopard
If you have searched for, "habitat of snow leopard", the natural question that follo 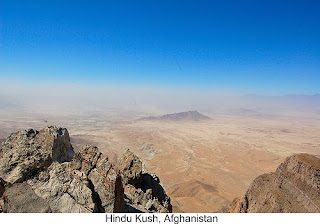 ws from looking at this map is what is it like "on the ground" in the places on the map? I hope the following pictures give a good indication. In the summer the Snow Leopard lives at a height of 9-20,000 feet, above the tree line and in rocky areas. In the winter it is lower down at about 6,000 feet and into the forests.

In Afghanistan the Hindu Kush is an area in the north of country and on the boundary with Pakistan. The picture above is what it looks like. This is an area where the Snow Leopard lives.

Prey will be sparse in an area like this so the range will be very large.

In Nepal prey is easier to find and the range smaller as a consequence as the habitat is less hostile: 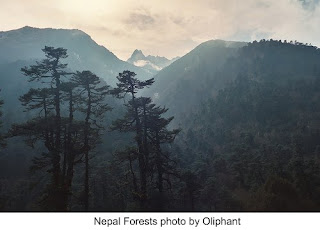 In Mongolia the habitat of the Snow Leopard is the Mongolian Altai. This is a place where where Russia, China (Tibet), Mongolia and Kazakhstan come together (please see the map above). This is what it looks like "on the ground": 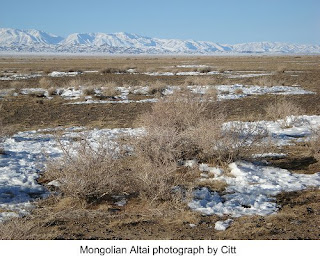 Then we have the Tibetan mountains. Here is what it looks like on the ground again: 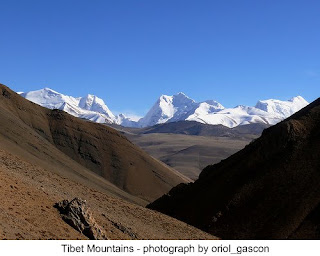 All these photographs generally indicate a pretty harsh habitat for the Snow Leopard. The Snow Leopard is ranked as endangered (EN) on the IUCN Red List. This ranking is mid-point on the list between the best status of "least concern" and the worst "extinct". Yet there are only about 4- 7,500 cats in the wild (update: population sizes are always estimates and the IUCN Red List of Threatened Species™ says, "the total estimated population is 4,080-6,590" (at 2009)). In Afghanistan, for example, there are only 1- 200 covering an area of about 50,000 Sq. Kms. This seems more than endangered to me. 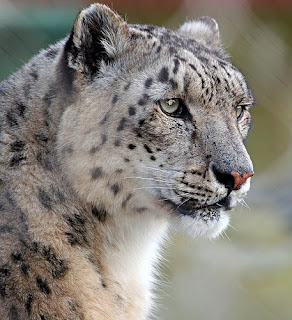 Snow leopard photographed at a zoo - photograph by Ginger Me

Photographs other than the map of the range of the habitat and as indicated in the captions are:
habitat of the snow leopard - All photographs are published under a Attribution-NonCommercial-NoDerivs creative commons License.