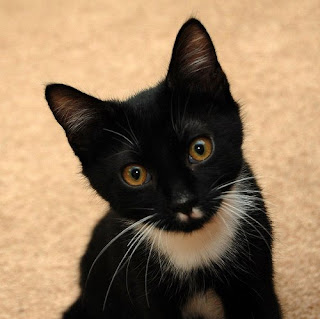 Rescue cat available for adoption through Independent Animal Rescue, Durham, NC as at July 2008. I hope he/she has a home by now and that the home is a democrat home! Photo by KelliAmanda

Cat owners vote Democrat- why? Cat people are independent people. Independent minded people ask questions. They think outside the box. They are more inclined to challenge the Status Quo. Cats are also independent animals. They are solitary hunters in the wild where there is sufficient space but can adapt to live in groups either as feral cats or in the human home with other cats or dogs, for example.

Apparently, Barack Obama, the new President of the United States, has decided to buy a puppy for his daughters. On the face of it this goes against the above theory. Yet Barack is adopting a dog for the family. He is being democratic. And the family would, it seems, prefer a dog. Maybe they would like a dog first then a cat.?

If he had a free choice would be prefer to adopt a cat? Remember, cat owners vote Democrat (generally -there will be wide spectrum of attitudes in both parties with a large overlap).

Photograph: published under a Attribution-NonCommercial-NoDerivs creative commons License
By Michael Broad at November 05, 2008