Prevention of Cruelty to Cats 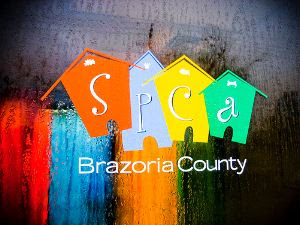 The prevention of cruelty to cats in the USA is carried out by the SPCA (Society for the Prevention of Cruelty to Animals) and in the UK you just add the word "Royal" to the beginning (sorry guys but ours sounds better, one of the benefits of having a Queen).

It may be the case that the RSPCA not only sounds better but is actually better. I'm not sure. I saw a video on a USA cat breeder's website about the SPCA. The organisation was being criticized for its policies. Commentators on the video said the policies were far too harsh and unfair and in fact commercially motivated. In other words the SPCA was going in to places such as rescue centers and assessing the place as unfit to care for cats (or dogs) and taking away all the animals. Where appropriate they sold the cats (or other animal). This allowed them to raise funds as some of the animals were valuable.

In the UK we never hear of the RSPCA doing similar things. That doesn't mean that it's not happening but my gut feel is that it isn't. As far as I am aware the RSPCA is well funded by donations and quite a valuable organisation. They don't need to resort to other means to raise funds in their work of prevention of cruelty to cats.

There is a growing need for cat rescue centers in the USA it seems. We don't have the same cat population explosion (if that is a fair comment) in the UK. Of course we have feral cats but the population doesn't seem to be rising day in and day out. As far as I am aware, far lower numbers of cats are euthanized each year and more cats re-homed in the UK. 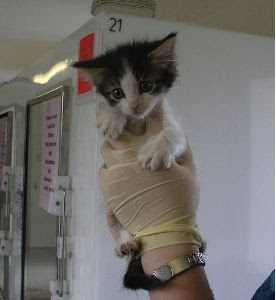 The shelter management say this is due to an increase in cat "ownership" (I don't like the idea of humans owning cats), with the corresponding increase in unspayed and uneutered cats.

As some cats (but far less in the USA than the UK) are left to go out unsupervised and dogs aren't, this allows cats to breed by mating with other cats that haven't been neutered either. The offspring become strays and feral and bingo you've got a problem as cats can breed quickly.

If you take a single breeding pair of domestic cats they can produce 3 litters each year totalling an approximate 14 cats in the year. If all survive and there are an equal number of males and females, in five years there will be 65,536 cats (Desmond Morris - Cat Watching) - provided they start breeding after one year of their life. You can see how easy it is for the problem to escalate.

The answer, some say, is legislation to force people to spay and neuter cats. Others say it is down to education and "outreach". I presume this means reaching all sections of the community. My thoughts are that a tougher approach needs to be taken for the welfare of cats. A feral cat's life is blighted from the outset. If he doesn't die early, naturally, (2-3 years) he'll be killed by us as soon as possible and let us remember that we, in effect, put him there in the first place.

Perhaps the actions of the SPCA (if they are true), in their prevention of cruelty to cats, are in part due to the increase in animal "ownership", which brings with it a greater number of irresponsible owners and therefore a need to take harsher steps (i.e. it's a reaction to a perceived problem).

Photos: top copyright .imelda. Bottom copyright bearska_No_1. The picture is of a cat called BooBoo at an RSPCA .