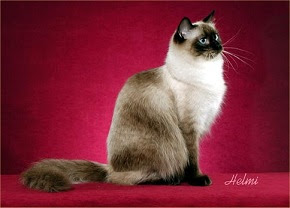 Pointed cat coats mean Siamese cats to most people. The classic Siamese pointing color is seal, which means a color approaching black or shades of it to the layperson's naked eye. The seal pointed cat is the most ancient of the pointed cats, as I understand it. The "points" referred to are in fact the extremities of the cat, the face, feet, tail.

There are many types of points from a variety of solid colors (undiluted) to diluted colors and Tabby (Tabbie) points. The tabby point occurs when the solid seal color of the point is broken up by the tabby pattern. When the pointing is a tabby pattern the cat is called a "Lynx Point". Of course it is possible to have a lynx point that is diluted (Blue Lynx Point).

The Flame Point Siamese helps understand the actions of the genes in pointing. A Flame Point is essentially an orange cat. The pointing gene affects the production of a chemical which in turn affects the production of pigmentation. When two genes (homozygous state) of the pointing gene are present a red cat is turned to a pointed cat, pure white at birth (partial albinism). As the extremities cool after birth they turn the color of the cat (red/orange) forming the points. As the cat ages the pointing becomes less distinct. The pointing gene affect eye pigmentation too - hence blue eyed Siamese cats.

Ragdolls, Birmans, Tonkinese and Balinese are examples of other cats that have coats that are also pointed. Other breeds such as the Siberian and Exotic Shorthair have a wide range of acceptable coat colors and patterns including the pointed coat. You can explore them on the main site.

Sometimes pointing is called the Himalayan Pattern. Pointed cats are born all white as the gene that produces the pattern is heat sensitive (the gene produces white or lighter fur when the temperature is warm and darker fur when cold). As the womb is warm the color is white. When the ambient temperature is cooler (after birth) the pointing forms. But as the extremities of the cat are cooler than the central areas it is the extremities that turn dark making the cat pointed.

The contrast between the points and other areas lessens as the cat gets older. This is because the non-pointed areas darken slightly. The points also lighten up as the cat matures. Here are some examples: 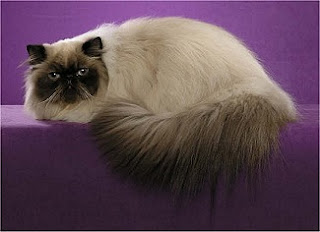 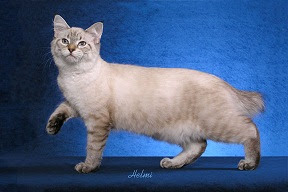 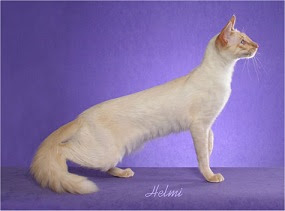 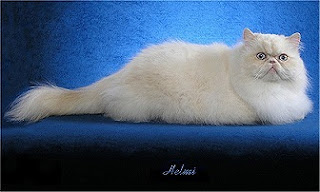 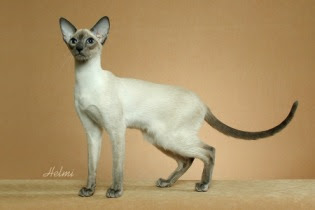 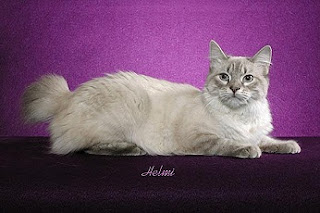