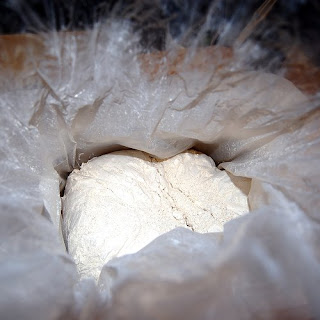 Food grade diatomaceous earth is useful for people who keep cats, especially cat breeders who have a larger number of cats. The picture (credit at base of post) above is of the processed version (see below for the rock). You can buy it on the internet. Here is an example: Food Grade Diatomaceous Earth Powder 8 Oz.

Diatomaceous earth is a chalky rock. It can be processed (broken down) into a fine white powder. The powder is very porous (water absorbent) and is abrasive (each particle has sharp edges). 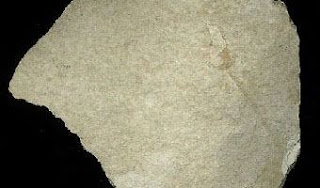 This type of rock was formed millions of years ago from the fossilized remains of a water borne algae with a hard shell called diatoms (one celled phytoplankton). The rock is mined from areas that were once under water or I presume still under water. This algae is the equivalent of grass for creatures living in water.

Once mined it has a wide range of uses once processed (milled). As long ago a 1866 it was used in the making of dynamite. When it is mixed with nitroglycerin it makes it more stable and the inventor called the resulting product dynamite.

The most common usage (over 2/3rds of production apparently) is for filtration, especially in swimming pools. This form of diatomaceous earth is pool filter grade, which has been chemically treated for that purpose and which is poisonous to animals and therefore unsuitable for use by people who keep animals.

Food grade diatomaceous earth is processed in such as way to make it safe for animals both externally and if eaten. In fact it is used to control mealworm (the larvae of mealworm beetle) and other insects that can be present in animal feed (grains). It is also used as a wormer for livestock.

It is EPA (US Environmental Protection Agency) approved for use in grains and for the control of insects inside and outside the home. It is also FDA (US Food and Drug Administration) approved for internal (inside the body) and external (outside the body) use. Its quality is also controlled by FCC (Food Chemical Codex), a method of ensuring standards in food ingredients. 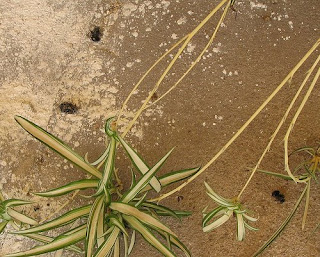 Food grade diatomaceous earth - Used to kill ants and it seems to have killed some bees as well. Photo by This Year's Love (under a creative commons license).

One of its uses is as an insecticide but a special one. Although (it seems to me) it is not completely clear as to how it works to kill insects and parasites, what is clear is that it works in a purely "physical" manner (i.e. in contrast to chemical insecticides which can cause environmental damage). This also means that the parasites can't adapt to it as they can in respect of chemical insecticides.

The sharp edges of the very fine particles cut (the external skeleton) and desiccate (drys out) the parasite. Some scientists think that Food grade diatomaceous earth de-ionizes or de-energizes the parasite. One thing is for sure, it is well established that it effective controls parasites and insects and this is borne out by the experiences of some cat breeders who us it to control fleas.

[note: I am not sure how the product is made safe for ingestion by animals if it is made up of sharp edged particles. There is probably a simple explanation to this but I would have thought it would abraze the digestive tract of animals]

Cat fleas are extremely common so a natural method of control is highly desirable. For flea control it can be sprinkled on the ground (or even on the cat, but I definitely wouldn't do this as a cat will simply lick it off and ingest too much of it) in powder form or mixed with water to form a sludge. It can of course be sprinkled on the carpet but it will then be hovered up in due course.

[Note: When sprinkling the powder care must be taken to protect the eyes]

Food grade diatomaceous earth will control fleas that jump on an off a cat (cat fleas don't just stay on the cat but jump off for laying of eggs) and kill them when they are on the ground. It will also control other insect pests such as cockroaches.

It can be bought over the counter or on the internet. That said I have rarely seen it until recently and only as a result of my research for this website. It would seem to be underused as a method of flea control.