I prefer the terminology: cat caretaking rather then cat ownership. Although in law we "own a pet", in practice and ethically speaking it is not possible to own a living creature. We live with and care for a cat companion. I am not trying to be boringly politically correct, just accurate and fair to the cat.

Cats as companion animals are on the increase (2012). Cats have surpassed dogs in some countries and that applies to the United States, the "world leader in cat ownership". 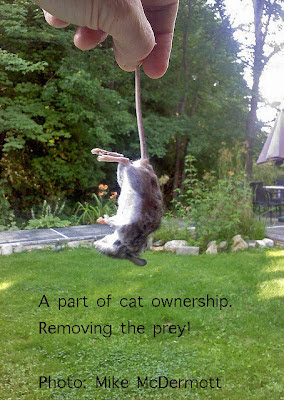 Apparently 12 out of 15 countries that are considered key market places for consumer products related to keeping cats have shown increases in cat ownership over the period 1998-2002 (e.g. Brazil: 28% increase). One reason will be increased human population but I think you'll find that the domestic cat has increased in popularity because they fit in better to a modern, mobile and busy life. Or we think they fit in better or they are more convenient within our modern lives. Reasons given include:
Note: quotes from The Welfare of Cats page 56. I have quoted a short piece verbatim for accuracy. Source for the reason for increased cat ownership comes from the same book.
Email Post
Labels: Cat behavior human behavior