NEWS AND COMMENT-VACAVILLE, CALIFORNIA: A qualified doctor (for humans) was facing 21 counts of animal cruelty and one count of child endangerment. However, she has not been charged by the Yolo County District Attorney Office. It is an interesting case because the public does not generally associate doctors (I believe that she is in general practice) and what appears to be animal hoarding resulting in neglect, negligence and abuse. I feel sorry for her. There but for the grace of God go I is what I think when I read these sorts of stories. It's quite easy to get into the situation where you can no longer cope, where you are vulnerable and sinking slightly or greatly.

I suspect that she has not been charged because it wouldn't be helpful. She needs help rather than punishment. I am sure that is the reason why the District Attorney decided not to prosecute. It's a shame in some ways because you end up with animals that suffer and in a strict sense there should be some punishment for that. Her child also suffered it seems. I have to make it clear that these are allegations at the moment because I don't know anything about it other than what is reported on the news media online. Sometimes they can be imprecise and inaccurate.

I had some concerns about publishing a photograph of the woman but I think I have to because her details are spelled-out and therefore it is not difficult to find a photograph on the Internet. She looks entirely normal and pretty happy in the photograph. It's a great shame. There is an argument that cat and animal hoarders should be counselled and treated rather than punished because ultimately it comes down to mental health which is often beyond the control of the person involved.

Keeping deceased cats and kittens in freezers is commonplace for cat hoarders. I don't think there's anything malicious about this behaviour. I think it is probably more to do with wanting to keep the animal close to the person rather than buried or cremated at which point they have conclusively lost the animal. 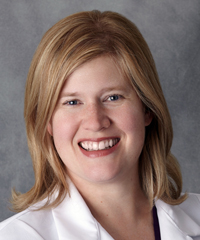 Her son was removed from her home because the conditions therein were dirty and unsafe. She is no longer seeing patients but she is qualified to do so. Her name is Dr. Rebecca Darsey. Her biography is still out on the Internet. The police found six dead kittens in her freezer. They also found 24 adult cats, six of which were deceased, five dogs and eight exotic birds at her home.

We are told that her home was a mess which goes with the territory of being an animal hoarder and out-of-control. Her son was unable to sleep in his room because it was used to house animals.

Sadly, Dr. Rebecca Darsey was self-medicating for anxiety and depression. She was taking prednisone, Effexor and Maxalt. The last drug is used for the treatment of migraine headaches. Effexor is an antidepressant of the serotonin-norepinephrine reuptake inhibitor class. It can also be used for chronic pain. And it is used to treat generalised anxiety disorder, panic disorder and social phobia. It seems that she didn't have her own doctor.

Her medical license is valid. News media reached out to the medical board for comment without success at the time of the report. The doctor's medical license expires at the end of 2021.