NEWS AND COMMENT: This is controversial because Baskin inherited millions it is reported on the BBC website ('Carole was left with millions of dollars'). And her former husband Jack 'Don' Lewis disappeared. Joe Exotic, accused animal rights activist Carole Baskin of killing her second husband Don Lewis, who went missing in 1997. It is strenuously denied and there is no evidence to support the allegation. And she has never been charged. But the sheriff's candid and confident statement puts the cat among the pigeons to use an appropriate analogy.
Don Lewis' children ex-wife and kids allege that they were cut out of his will and their inheritance went to Baskin (source: BBC). Personally I have a lot of time for Carole Baskin and her fight for big cat welfare in the face of a bevy of private zoo owning men in the USA who abused and abuse big cats for monetary gain. These private zoos were and are an abomination. Baskin inherited Joe Exotic's zoo to settle a successful defamation claim. Carole Baskin did not cooperate on Tiger King 2 as the producers behaved badly towards her in the first series. 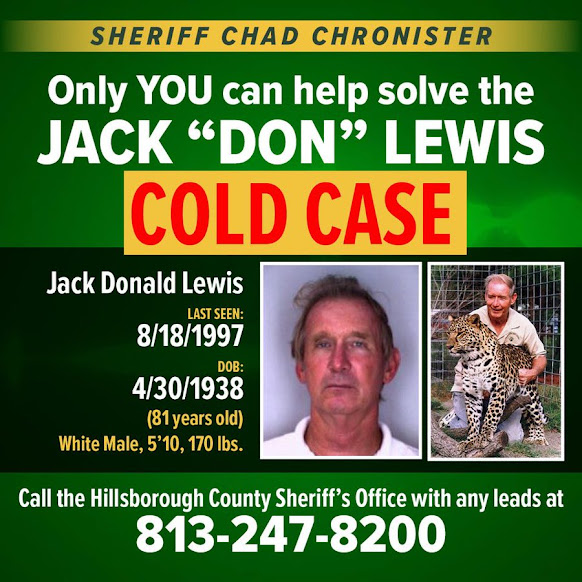