Mopane was a 12-year-old male with an enormous black mane (lionesses like black manes). He was dominant over 2 lion prides. He was well known to local guides. He was a favourite among tourists. Allegedly he was shot with a bow and arrow by an American businessman trophy hunter. He was lured out of a reserve (Hwange, Zimbabwe) into a private hunting area (Antoinette farm) where he was shot on Aug 5th 2021. He survived for one day until he was finished off with another arrow or a bullet. It is very reminiscent of Cecil's killing by Walter Palmer the Minnesota dentist.

He was killed yards from where Cecil was killed using a similar technique as you may recall some time ago. There was uproar about that as well.

Of 64 Hwange lions tagged by Oxford University 24 have been killed by trophy hunters.

The people and organisations who worked together to kill Mopane for their pleasure or financial profit are listed below together with their photographs. PLEASE CROSS-POST THIS PAGE TO PUBLICISE WHO THESE WICKED PEOPLE ARE. 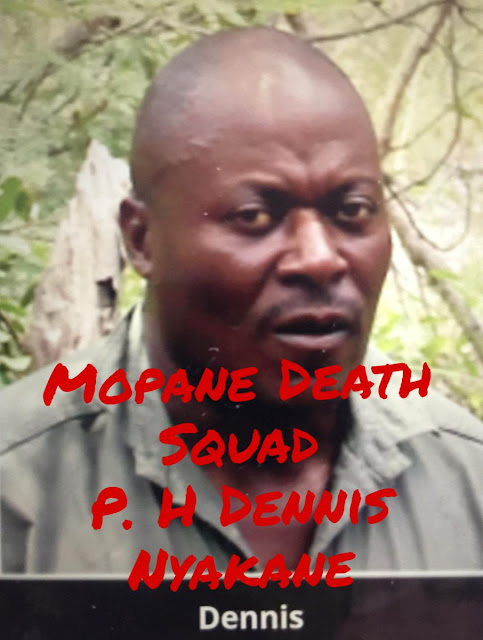