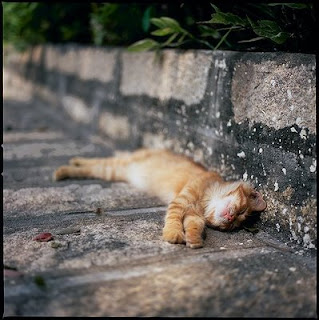 Is China Animal Welfare on the up and up? It's got a long way to go, so it should be. I was surprised and delighted to read that an International Fund for Animal Welfare (Ifaw) poll indicated that 90% of people in China, South Korea and Vietnam are concerned about animal welfare; specifically "we have a moral duty to minimise suffering."

The percentage of people in Britain who have the same sentiments is 91% and we are considered to be a nation of animal lovers. So the vast majority of Chinese people are essentially animal lovers, according to this poll.

The Chinese government is yet to enact animal welfare laws in respect of domestic animals. There are wildlife protection laws but I am not sure how effectively they are enforced. I hope against hope that China will enact and enforce animal welfare laws asap. And get rid of the horrible habit in some southern areas of half killing and eating domestic cats and dogs.

Perhaps the point is this. There are over a billion Chinese. So, if 10% of the population are not concerned with animal welfare then over 100 million people are not concerned about animal suffering. That is almost one and a half times the population of the UK. There are then a large number of people who don't care about animal suffering and who are prepared to make them suffer in the name of commerce; the fur trade being one notorious example.

The real issues are about the will of the government and the large numbers (not percentages) of people who don't care. There is also the very entrenched habits of this 10% of people of China who don't care about cat and animal welfare. These will take more than one generation to eradicate. I am glad that the subject of China animal welfare is being discussed but realism needs to be in mind.

In Vietnam the animal welfare legislation is minimal and in Korea non-existent.

My particular area of concern is cats. Their protection falls under all animal welfare laws, of course. See more on world laws in relation to cats, animals and wild animals: