This simply stunning Maine Coon cat, stunningly photographed by Helmi Flick is a deaf cat. The photograph is copyright Helmi Flick - please respect copyright. The cat is Cathy Betts’ white Maine Coon "Pale Rider," the very first cat that Helmi photographed at her very first show and a portrait that she is still be proud of today. And rightly so, I say.

This post is about one of the causes of a deafness in cats. It's about white fur and deaf cats.

I have already touched on this in these posts:

But this post has some more detailed information. White fur and deaf cats is about hereditary deafness in cats. The inheritance of pigment genes (the genes that cause white fur) is not the only cause of deafness in cats. And the process of deafness caused by the inheritance of genes that cause white fur is complicated by incomplete penetrance (in which all aspects of "deafness syndrome" are not present). Also environmental factors may play a role to complicate things further. 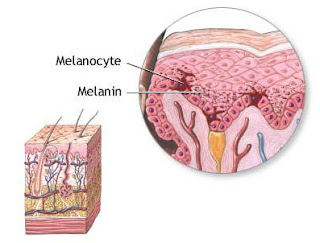 Melanocytes are cells located in the bottom layer (the stratum basale) of the skin's epidermis and in the middle layer of the eye (the uvea).....The melanocyte is a cell derived from the neural crest. During embryogenesis, the melanocyte migrates to the epidermis, hair follicles, eye (choroid, ciliary body and iris), inner ear (stria vascularis), and the leptomeninges (medulla)......Through a process called melanogenesis, these cells produce melanin, which is a pigment found in the skin, eyes, and hair. (src: Wikipedia® - this section is a Wikipedia® verbatim copy of a part of a larger article)

For cats the genes that do this are the dominant allele of the white gene (W) and possibly the piebald gene (S), which is recessive. Both these genes can be modified by other genes, which are yet, as I understand it, to be fully understood.

The white pigment gene in cats is autosomal dominant over genes that produce color. It is not related to albinism. Cats that are W gene homozygous are more prone to have blue eyes and deafness. There is a correlation between the number of blue eyes and likelihood of deafness. Although cats that carry the Siamese (CS) dilution pigment gene as well can have blues without deafness. Are purebred cats less oftern deaf that moggies? Apparently, there might be a higher prevalence of white, longhaired cats than the equivalent shorthaired cats. There is no reported deafness with the piebald gene (S) apparently (is this still true?).

When the W gene is expressed strongly deafness appears. The deafness is brought on because the melanocytes in the stria vascularis play a role in maintaining the ionic environment required by the cochlea hair cells in the inner ear. These hair cells are part of the process of translating movement into auditory signals. The stria degenerate. The hair cells die and the cochlea structures collapse. The auditory nerve fibers degenerate. Thus is created the deaf cat with white fur. A deaf cat can still cope well but people need to be aware of the deafness. Our behavior should be modified accordingly. This is an example of where the cat can dictate of modify the behavior of humans. Usually, human behavior dictates the behavior of cats. For an indoor cat a cat's world is entirely the human world. 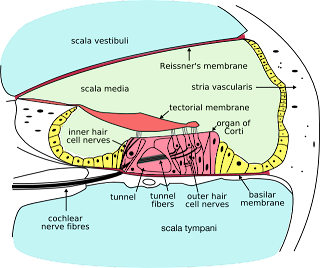