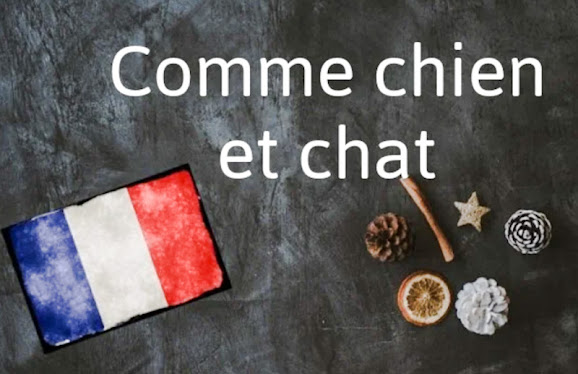 The saying is based on the rather old-fashioned belief that cats and dogs always fight; not true in millions of households because the dog is socialised to cats and vice versa.

Or "They love each other but fight like cat and dog."

It is often used in the context of a love-hate relationship.