Google image search builds traffic. I run this Blogger site which is part of the main site: http://www.pictures-of-cats.org. Pictures of Cats.org (PoC) is about pictures of cats, for sure. But it is about much more than that. There is a ton of information on the site; lots of words. More words in fact than pictures. Yet most of my traffic to PoC comes from Google Image Search. 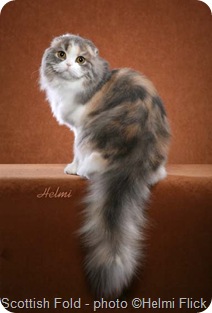 This is such an important traffic builder but I sense that it is a somewhat forgotten, second string thing. Something that just works in the background to add an extra bit of traffic.

As the internet gets faster with improved broadband speeds (and in the long term it will get even faster) the old clichés about using small picture files to keep page load times quick are becoming redundant. We were advised to upload pictures not larger than 15,000 bytes. This is a small image. I use larger sizes, up to about 30,000 bytes. If there is only one image on the page I go up to 80,000 bytes. However, image file size needs to be considered every time to ensure decent load times.

Here is an image of the top 5 referrers to PoC (referrers means those sites and pages from which traffic to PoC arrives) for May 2009 (to day 5):

The important thing to note is that the No.1 referrer is Images.google with www.google a close second. In the top 20 referrers 8 are image searches. As said, Google image search builds traffic.

I don’t do anything special to get the images seen by Google. I simply ensure there is an “alt” tag. Even when there is no alt tag Google finds them. I find it is best to leave the pictures alone once on the page. Rotating pictures to freshen up the page is not a good idea as Google does take its time to find and list images. This is not because of something Google is doing but because of the enormous number of images on the internet. It is wiser to refresh with new text.

I tend also to make sure the image and alt tag chime with the subject matter of the post to ensure that the post or article is focused and coordinated. Please don’t forget that Google image search builds traffic. And when using Blogger it is best for SEO purposes to have a Picasa Web account and to upload the pictures using the compose mode image uploader. These images are saved on Google servers and listed in your Picasa Web album. Google image search lists Picasa Web album images so make them public if you can.