Why do I love Twitter? Well for several reasons. Firstly, what happens on Twitter reflects, it could be argued, what happens in real life. People exchange small bits of information all the time through casual and sometimes fleeting pieces of communication. You bump into someone on the way to the corner shop (in the UK, there are no corner shops in the USA!); you might exchange a bit of information. It might be something that you had seen on TV. The other person makes a comment, which gets you thinking. Or it could be something that you have just done, are doing or about to do. The underlying concept is updating people on what you are doing and in doing so you are connecting with other people. That is how it might happen “on the ground”.

The beauty of Twitter and why i love twitter is that you can do this very same thing on a worldwide scale, across borders and cultures. The potential benefits are magnified enormously. I just think that we need to use Twitter wisely. Perhaps more wisely than some do at present. And I mainly mean being more selective and making what we say in the 140 character limit more meaningful. Which leads me to another benefit .

As we all know you have to say what you want to say in 140 characters. That can lead us to saying things that are very banal. Eventually that will work against us as people will stop following the posts. But the posts keep on coming. I wonder what the percentage of posts that are read and digested is as set against the percentage of created posts? Probably quite a low figure. This can tend to produce what I have called, “white noise”. It can be almost like spam. I wonder if the guys at Google could devise some programming that encourages us to limit our posts to ones that are more meaningful. People who make a post that convey no useful information at all should be discouraged as it dilutes the quality of Twitter generally. 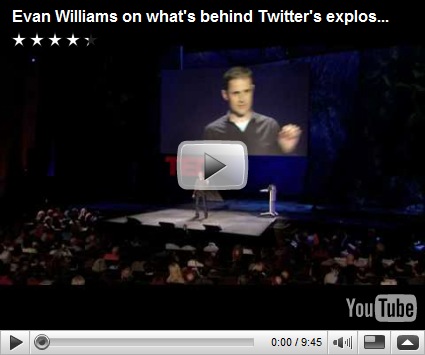 But that is not to detract from the benefits of Twitter if used well. The better the quality of post the more likely it is that your posts will be followed rather than ignored. And banal can be funny banal but just plain banal won’t get read in my opinion. More importantly and perhaps this is the most useful aspect of Twitter is the “real time” nature of the posts. We can update people immediately on what is happening. It has this instant fleeting quality that is quite different to the usual blog or email.

One thing we should learn to do is to write as succinctly as possible to get the message across in those precious 140 characters. We can convey quite a lot in 140 characters but if we are careless we simply end up using normal speech which in turn means we are unable to convey useful information. The great downside with Twitter is that the limitation of 140 characters encourages speed. A post can be made very quickly, which translates to a casual approach leading to poor quality leading to a mass of worthless words. I would hope that Google can address that because Twitter is a very useful service.

Someone should devise a “Twitter language”. I don’t mean silly language with the word twitter in it but succinct ways of saying commonly occurring updates.

Note: This post is an attempt to get Google to find a post that I make about Twitter! In truth I do have some doubts about Twitter. It just doesn’t seem to work in its current configuration. It might on occasions be very useful but it is swamped by banal communications that are diluting its effectiveness and quality.