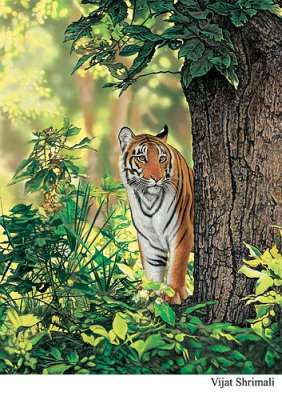 The Tiger population is falling dramatically in India. Is there anywhere in the world where wildlife that is endangered is rising in population?

India has a large human population and is growing rapidly economically. This spells trouble for an animal like the Tiger that needs a lot of space and to be left alone.

According to the Indian Times, the Tiger population is falling in the reserves, where numbers already seem precariously low. For example, in the Indian State of Hyderabad Tiger numbers have dropped from 122 to 102 since 2005. That represents a bit less than a 20% decline in 3 years. On that basis, unless something changes, within about 15 more years or so (lets make it a conservative 20 years or at 2028) the Tiger will be extinct in Hyderabad State. And lets not forget that in 2028 India will be one of the super powers of the world (or close to it). This can only translate into more problems for the Tiger unless some of the wealth generated is used in serious conservation and enforcement.

We don't want to see India going cap in hand in 30 years to some zoo asking for genetic material to allow the country to clone a Tiger as they have become extinct. This is what has happened in Pakistan with respect to the Cheetah. They asked Iran for help cloning cheetahs and Iran refused (thanks Iran that's nice of you).

The picture in India is the same throughout - a decline. We are always going backwards on conservation. In the Kawal Wildlife Sanctuary (in Andra Pradesh) an important sanctuary, the Tiger population has fallen to 9 from 18 over 3 years. On that basis, the population will be about 1 in about 1o years. Another disaster in the making (or already made in fact).

The BBC report an overall decline in India from 3,642 to 1,411 over the last 6 years. That's more than halved in 6 years. On this basis there will be a Tiger population in India of about 70 within 30 years. In other words they will be in zoos or zoo-like small sanctuaries.

Assuming these figures are accurate (and it is probably difficult to obtain accurate figures), what are the reasons for this decline? It seems to be the usual poaching (this is an education based problem) and urbanization (population and wealth growth in other words). The authorities do little to enforce protection of the Tiger probably because of kick-backs on the sale of Tiger pelts.

What is particularly shocking is that 40% of the world's Tigers are in India!! As usual China is in large part to blame as they like to buy Tiger skins, which can be sold for $12,500. China has a bad human rights and an appalling animal rights record. Sadly, this world is not ready to commit to the preservation of this fine animal and when we are it will be too late.

From Tiger population to Cheetah facts