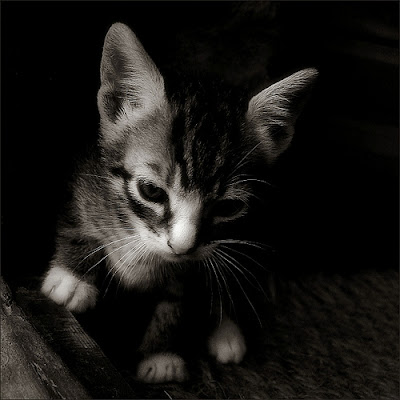 Photo by Ferran under a creative commons license

Big words, "cat behavior explained", but it can be done fairly simply and succinctly, I believe. And I think it needs to be done too. Even for the benefit of a number of cat breeders who should know better. Mind you, although the vast majority of cat breeders are sensitive to a cat's behavior and needs, not all of them are, and some are downright poor.

So, how do you explain what dictates and motivates cat behavior? And I am talking here of domestic cat behavior. The cat, despite being domesticated for some 10,000 years ago is still essentially a wild cat in mentality and physiology. And she is able to switch from domestication when in the home of her human "parents" to a wild cat when she goes out on her own. The two lives of a domestic cat - cat behavior explained:

As I have said in other posts we have a form of social contract with the cat, which originally arose out of the need for a cat that could keep the rodent population down and was quickly extended to include companionship for humans. In return we care for our cat. That was and largely still is the agreement.

There is also a human to human social contract, which is, at a basic level, that we act reasonably towards each other and respect each other. Both these contracts are frequently broken. In respect of the cat/human contract, if there is a breach of contract it is always due to the actions of the human.

The domestic cat's tameness (a suppression of her wild nature) originates in her upbringing. If we consider cat breeders, we know that the a kitten's first moments of life are with cats, her cat parents and siblings. In addition the kitten will be socialized to the human through the presence and activities of the cat breeder and her family. A good cat breeder will of course ensure that cats in her charge are fully socialized so that they become fine pets.

As a result the well socialize domestic cat learns to see both cats and humans as part of her family and humans as large cats (in return we sometimes see our cats as small humans). The kitten is part of a human family and a cat family so is both a cat and a human (in terms of mentality).

Also a domestic cat has over the intervening 10,000 years of domestication become physically different to her wild cat ancestors. She is more delicate often (although some wild cats are smaller than domestic cats). And cat breeders have made cat breeds less like the small wild cats or they have tried to recreate the wild cat appearance in a domestic cat (Bengal cat being the classic example). These actions reflect the ever present wild cat connection.

As the cat breeder (in this instance) took over the parenting duties at an early stage the kitten/cat sees the human as a parent. And she behaves in that relationship as a kitten/cat child. In her relationship with humans thereafter, as an adult cat, she sees them a parent substitute. Other than in that respect, the domestic cat's behavior is strictly feline and based on the wild cat instincts and reactions to stimuli and input. 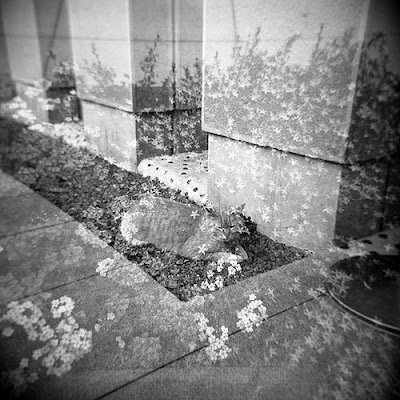 The domestication imbued in her is cast away when she goes out alone into the garden. In America this is very often denied the cat as a large percentage are permanently kept indoors, preventing the cat from expressing their natural urge to behave as a wild cat for a while. I personally find this morally wrong although undeniably a practical necessity on occasions (but we must remind ourselves that it is us who have created a world which is unsafe for the domestic cat). I also think that it is another example of the breach of the contract mentioned above. We did not agree to imprison our cats and force them to lead unnatural lives. A good compromise has to be a cat enclosure.

When the cat goes through the cat flap into the garden alone she is transformed from domestic to wild cat - she lives a double life. Of course there is a large overlap between these two forms of existence. But this underlying condition is ever present - it is cat behavior explained.

As I rescued my cat from the street (as an abandoned cat), she had a difficult start in life. She is nervous as a result. This translates into her preferring to maintain the human/cat relationship nearly all the time even to when she goes into the garden. She will ask me to go with her and accompany her to provide protection. She is maintaining the kitten/human parenting relationship as it makes her feel more secure. Her wild cat instincts come out in play for example.

Once we are aware that a domestic cat is at heart a mild mannered wild cat we can treat her in a manner that suits her and not us. I think this is important. We need to try and do what is comfortable for our cat, which fits it with her mentality and not what is necessarily comfortable and which suits us. I say this because a cat is less able to understand the workings of the world, her actions are instinctive and reactionary. It is therefore beholden to us to manage the relationship. We can modify our behavior and consciously adapt it to suit whereas a cat cannot.

For example, and this is only one example, when playing with our cats (one of the joys of keeping a cat) we should remind ourselves that play for a cat is a form of learning to hunt so it includes scratching and biting. This is not aggressive behavior directed at us. If it is (and you'll notice) it is because the cat is poorly socialized or has learned to behave in that manner due to her own life experiences. Or, and this is more usual, we are playing too hard and too long, which arouses the cat's natural and instinctive wild cat behavior to defend.