The worlds largest cat (in terms of species or breed) either wild or domestic is the Tiger Panthera tigris, which has an average weight of 305 kg or 671 lbs. She is of course a wild cat. If you compare that weight with the weight of the biggest genuinely domesticated cat, the Maine Coon, the difference is startling. A large Maine Coon weighs about 20 lbs. However, when you think about it the difference is to be completely expected. The world's largest individual cat at the date of this post is a Liger. 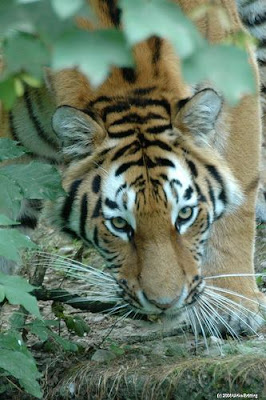 If you would like to read about the worlds biggest cat from a different perspective, please see this post: Worlds Biggest Cat. Both these articles refer to breeds and species. The second also refers to the worlds biggest individual cat, probably a liger a tiger/lion hybrid.

The kind of wildcat that is manageable and practical for a human being is one that it not too large. Today there are a lot of wildcats that are in the same size and weight bracket as the larger domestic cats. In fact one of the smallest domestic cats (probably the smallest), the Singapura, weighs more at 5.5 lbs (average small Singapura) than the Rusted Spotted cat a wildcat at 3.5 lbs. This is a very small wildcat.

Today we are still domesticating wild cats and making homes for them. Some people in the USA have domesticated the Serval a wildcat that weighs about 40 lbs. That is probably about the maximum in terms of practicalities for a domestic cat that shares to an certain extent day to day living with humans. Servals though require special treatment and compliance with local wild animal legislation. Despite being domesticated they are still considered wild. You'll need lots of space, time and money. And you'll need to think about the ethics of keeping a wildcat captive. 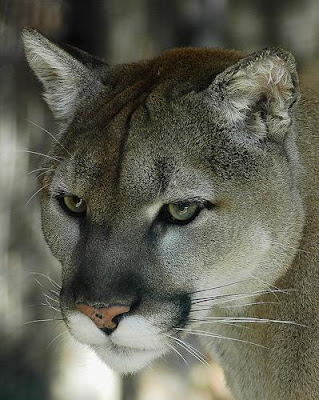 
The world's second largest cat is the Lion Panthera Leo at 225 kg or 495 lbs. The third largest is the Jaguar at 220 lbs. The biggest North American wildcat is the Cougar at about 190 lbs or so.

At the beginning of the 20th Century there were about 100,000 Tigers in the wild. Today the figure is 5,000 to 7,500 and we are happy with that figure because it seems the decline in population has stabilized. Population decline is all man made of course through habitat destruction (the voracious appetite of mankind to destroy nature for commerce goes on unabated) and I guess hunting. It seems shocking and extraordinary that probably the finest of all cats and a magnificent animal could be killed for pleasure. And things have to get so bad that three out of eight Tiger subspecies have to become extinct before something happens to save the remaining animals. This is a testament to mankinds approach. Things always have to get bad before something happens. There is little coordinated proactivity on the big issues because it is impossible to get consensus. It is impossible to get consensus because people are driven by self interest and money.

There is also the Chinese medicine market. Parts of the Tiger's anatomy is used in Chinese medicine. This has encouraged poaching. Shame of the Chinese medicine market. You cannot blame the poachers to a large extent as there is a lot of money in Tiger (and for example Rhinoceros) parts. The sooner people realize that Chinese medicine is hurting wild animals the better. And even if it might work sometimes it should never be at the expense of other animals. A number of Chinese people though have a different perspective on animal life to Westerners. It can translate into the worse kind of animal cruelty.

There is one domestic cat that aspires to be a Tiger and she is the Toyger, a toy Tiger. The breeders of this cat wanted to create a domestic cat that looks as near as possible like a the real thing but more manageable. The development of this cat is ongoing but they have produced a great looking cat, see her here. There remains though the question mark as to whether it is genuinely ethical to go down the route of breeding fancy designer cats for the consumer market when there are so many homeless cats in the world that don't look fancy but are just as good if not better inside.

One last thing there is a post on this site of a Bengal Cat (domestic cat) with Tiger eyes, see her here.