Norwegian Forest Cats. This cat breed likes water so they might belong to the RiverClan - photo: copyright gari.baldi under Creative commons license.


I had a cat who was a warrior cat. She was also a forest cat - half Norwegian Forest Cat. She died at the hands of mankind by a car whilst crossing the road to go in the woods and fields that were so attractive to her just as is was for Rusty in the Warrior Cats book. Her name was Missy and I miss her terribly. She is with Starclan. She would have been well received as a true warrior cat of great and athletic skill.

If she was (and she may have been when she went into the forest) a true Warrior Cat in the fashion described in the book, she would probably have been a member of Windclan as she was loyal and a bit nervous but a fantastic runner and climber. She was made to climb.

We took her to the Cotswolds (a very nice area in England with old fashioned yellow stone and quaint houses) with us on holiday and within moments of arriving she was on the roof of the house having climbed out of an upstairs window. She calmly walked along the crest of the roof, not a care in the world.

A feral cat is essentially a warrior cat and in truth has a very tough and a short life of about 3 years, a tiny fraction of the life of a domestic cat living with a person (about 15 + years). A feral cat is neither a wild cat nor domesticated. She has to live in that in between land, between mankind's world and the wildcat's world. The in between world is a hostile world. Humans put them there but don't like them and kill them. Yes, many hundreds of thousands and indeed millions are killed by lethal injection each year because the rescue centers are too full. 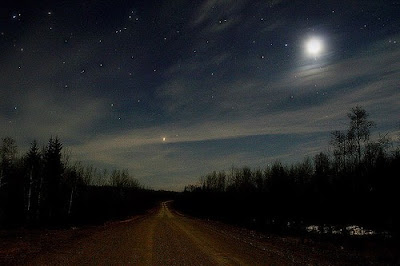 The Warrior Cats book series describes cats that have genuine domestic cat characteristics, of course. Rusty is a ginger cat. Ginger is solid red in cat fancy language. Ginger is diluted red. See Faolan a ginger Persian of great distinction. Bluestar is a blue/grey cat. This is diluted black. A classic cat breed that is blue/grey is the Russian Blue or the Chartreux. These cats have to be this color and no other color. The British Shorthair classic color is also blue/grey but you'll see her in a wide range of other colors too.

Graypaw is also called Graystripe. A gray stripe indicates a tabby cat. Tabbies come in a wide range of colors. The classic brown is the most useful for camouflage and the most common therefore as it aids survival. The Amerian Bobcat has a brown tabby coat as does the Scottish Wildcat.

Sandpaw is a ginger and white cat and a great hunter. As mentioned ginger is diluted red (solid) and the white (solid and white) is introduced by the Piebald gene which masks the diluted solid color.

Tigerclaw is a classic brown tabby. If you look at his face he has an "M" on his forehead, the mark of a tabby cat and he has stripes. Tabby cats are used in the creation of a toy Tiger cat the Toyger.

The three writers (now four) who are "Erin Hunter" are cat lovers and it shows, although one Victoria Holmes prefers horses and dogs (but still of course likes cats). She is the ideas person and Cherith Baldry and Kate Cary do the writing. Cherith currently lives with Sorrel a tortoiseshell and Bramble a dark brown medium haired tabby (if the picture is accurate he looks a bit like a Maine Coon but I know Bramble isn't).

When Kate was a child her father gave her a black kitten and she has lived with cats ever since. Here are some pictures of black Persian cats. The cats described by the authors are mixed breed cats.

If you're part of a WC forum try visiting the Warrior Cats page and vote for it (only the top 30 or so are listed for voting and the top 10 are listed based on votes received). It is a kind of meeting place for Warrior Cats to vote and promote their favorite RPG website.

firestar said…
i loved it....im so srry she died.
but i love the warrior cats too....and if they dont make a movie....when im old enogh ILL make it! lol check out the website animal jam alot of people like the warriors and im firestar leader of thunderclan, and i have my own clan online its sooo cool....
26 March 2011 at 06:38

Anonymous said…
What a beautiful cat she was! I have PB Maine Coon cats a breed that is very similar. I keep them indoors where they are safe. They are happy, playful giant cats who never ask to go out.
15 November 2012 at 08:38