A study now shows that Covid can cause heart disease in cats and dogs. We already knew that Covid can cause acute myocardial injury and chronic damage to the cardiovascular system in people. Although, in a study on 460 athletes who had Covid, they found that only five had inflammatory heart disease namely myocarditis (three) or pericarditis (two). 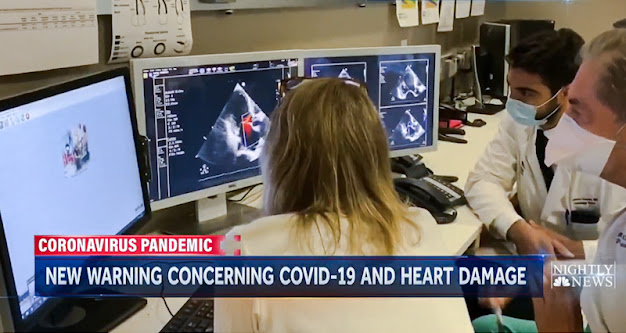 This study on cats and dogs produced a different result although the study size is small. They tested 11 animals none of whom had typical symptoms of Covid but all had common indicators of cardiac disease. They had developed symptoms of myocarditis or heart information.

The pet's owners said that their companion animals has shown signs of respiratory illness before they became sick or tested for Covid.

The lead author of the study, Dr. Luca Ferasin, described the animals as "depressed [and] lethargic". He said that they had difficulty breathing because of an accumulation of fluid in the lungs due to heart disease. They were even fainting because an underlying abnormal heart rhythm.

They researchers state that the animals were infected with the alpha variant of Covid-19. The study is said to report the first cases of cats and dogs affected by the alpha variant of Covid-19. They state that there is a risk to pets but it appears that the main risk is a transmission of the disease from companion animal owners to their companion animals rather than vice versa.

The research was carried out in the UK and the researchers noticed an uptick in patients with symptoms of myocarditis. Incidentally, there was talk of myocarditis been caused by Covid vaccines. They were very rare cases.

The Ralph Veterinary Referral Centre in Buckinghamshire England said that during last December 2020 about 1.5% of companion animals referred to the centre were diagnosed with myocarditis.

But in the period between December and March of this year (2021), the number jumped dramatically to 12.5% with confirmed myocarditis. They found that many of the companion animal owners had tested positive for Covid or had symptoms of the disease within 3 to 6 weeks of their pets becoming ill. It appears that they have transmitted the disease to their pets.

This correlated with the surge in the spread of the alpha variant of the virus in the UK which prompted the research study referred to.