Cait Sith refers to two entirely different cats from different eras and it looks like the fantasy world has hijacked the original Cait Sith, which according to the folklore of the Scottish Highlands is a reference to a fairy cat.

Cait Sith is larger than a domestic cat, black in colour and with a white spot on its chest. It has an arched back and erect bristles on its fur. It was, or perhaps even still is, believed to be a transformed witch. Dr. Desmond Morris believes that Cait Sith is now known as the Kellas Cat. This is a large black hybrid cross between feral domestic cats and Scottish wildcats. These are well-known but they are brown tabbies and it is believed that the Scottish wildcat has become extinct in the wild because of this constant hybridization.

Above: found in Aberdeenshire; on display in the Zoology Museum, University of Aberdeen. Sagaciousphil - Own work
In the modern fantasy fandom world, Cait Sith is an anthropomorphic remote-controlled plush toy cat standing over 3 feet tall with short black fur and the white stomach and face, in Final Fantasy VII and, for example, Final Fantasy VII: Advent Children. 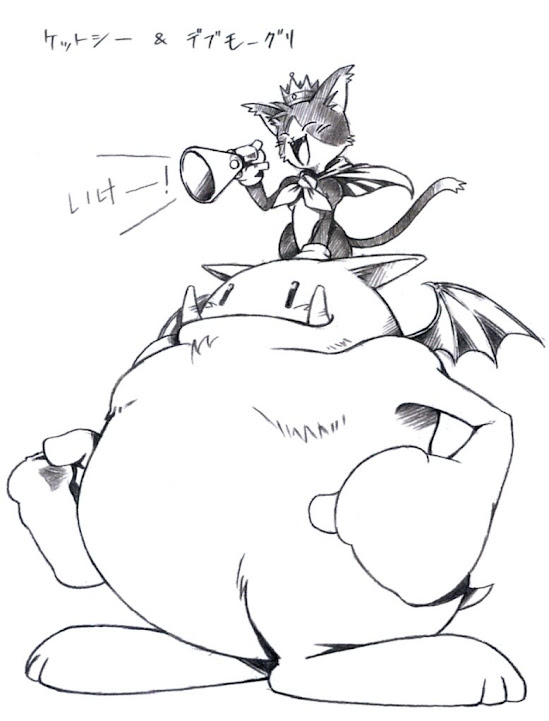 Cait Sith fantasy cat. Drawing: This file is copyrighted by Square Enix or one of its employees.  But it is low resolution and fair use is pleaded for its inclusion on this page.
He's a cat riding a giant stuffed toy moogle (whatever that is). He initially worked as a fortune-teller in the Gold Saucer. Cait Sith's motives for joining Cloud's party are initially a mystery we are told by a fandom website. The whole thing is a complete mystery to me, I have to admit!
Cait Sith fantasy cat Kellas Cat Scottish wildcat
Location: Scottish Highlands, Fort Augustus PH35 4HT, UK