WARNING: this is about dog and cat meat and the brutality of the business. It's just horrendous. The pictures are from a horror movie only it's real this time. And for the perpetrators it is all normal but got the cats and dogs it is a living hell until they are mercifully killed. You have to click links to see the pics as they are too horrible to have on this page.
The brutal and ignorant behavior by the humans (sub-humans) who kill cats and dogs for meat reminds me of Putin's behavior in his manic desire to invade Ukraine and the subsequent death, destruction and rape perpetrated by his troops. There is not much difference in attitude which is why Russia is matey with China and vice versa. 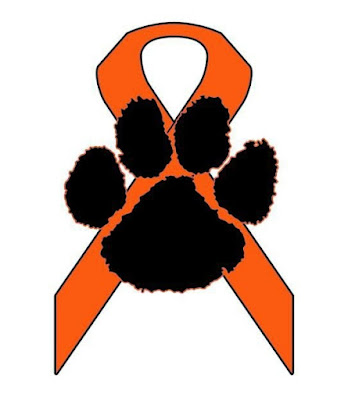 It is tough to face up to humankind's weaknesses. People in one country don't like people in another country criticising them. They say "you don't understand our culture" and "what right have you got to criticise". That sort of thing. At its root, this article is not about a country's culture. It is about obvious animal cruelty of the most heinous kind. It is about base human behavior dressed up as part of an area's culture. All of us have a right to criticise that wherever we are. Despite that I will be ostracized by someone, somewhere.

This website never shirks from spelling out the truth. A lot of people don't like that. Humankind is very good at self-denial and finding ways of covering up the truth. Millions of examples take place every day. The current classics in the cat world are:
To the above two I'd like to add something that is worse than both but which takes place at the opposite side of the world, in Asia. There are some horror pictures below the text. This is as bad as animal cruelty gets. See also cat meat name and shame.


Warning: Don't read on if, like me, you become upset at gross animal abuse. But please spread the word to try and stop this.

I received an email from Ольга Брундасова. I have published the contents verbatim. I believe that is what she wants me to do. I expect that you will find these words on other websites. They need to be.

PETITIONS
Update: these petitions are closed now as this post was written many years ago but it has been updated (see below in yellow highlighter).
The $2 billion dollar-a-year South Korean dog and cat meat industry, which extinguishes the lives of approximately two and a half million dogs a year for meat or gaesoju, a dog wine or broth, and thousands of despised and doomed cats for so-called “health” tonics or goyangyeesoju, and soup, operates in a sordid and illicit world where farmers and butchers kill with frightening impunity in the most abominable fashion. Dogs are killed with high-voltage electronic rods (which does not kill immediately), hanging, or even beating the dog to death at the request of customers who believe that the meat is more tender and tastier the greater the dog suffers (one of the most pernicious of myths) and that the medicinal properties are enhanced.
They are most often killed within sight of their cage mates. They are then thrown into a tub of boiling water, often still alive, and then into a rotating drum for the removal of their fur, and finally blowtorched. At Moran Market, South Korea’s largest open air-market for dog meat, dog carcasses are on display next to the cages of live dogs. Cats are thrown into boiling water while alive. At the farms, dogs are fed germ-infested, rotting, and fermented human leftovers, a health risk to both the dogs and those who eat them. In South Korea, dogs and cats’ lives are short and ferociously heartless until they tremble no more at the hands of their slaughterers as cage mates look on.

Legitimacy of dog meat in Korea

Dogs are defined as “livestock” according to the Ministry for Food, Agriculture, Forestry and Fisheries (MAF). The purpose of keeping them as livestock--for breeding, killing, or whatever--is irrelevant to the law.

However, dogs are not defined as “livestock” under the Livestock Processing Law. That is, they are not listed as livestock that can be officially processed as food. Therefore, it can be inferred it is illegal to process dogs for food, but there is no law expressly forbidding it.
It might be argued that since Korean laws are usually strict in listing what is allowed or prohibited, and since dogs are not listed as animals that can be processed as food, then it is illegal to produce dog meat.

The current Animal Protection Law does not ban the slaughter of dogs for meat, nor does it protect dogs on dog farms from abuse. It only applies to dogs kept in a house.
Tens of millions of animals are slaughtered and butchered in China each year. Animal fur is in high demand, and the Chinese deliver. What does not get exported outside of China usually ends up on a dinner plate. The sad fact is that the animals suffer horrendous torture. They are captured on the streets, and packed by the dozens into small cages, without ability to move.
They are then tossed like inanimate objects from the trucks, onto the ground, hitting each other and the steel cages. These cages are later stacked, and the real nightmare begins. The animal is brutally pulled out of the cage, and tied to prevent resistance. It is lightly stunned by a blow on the head, but still alive. If the animal is not heavy, the worker holds it by its hind legs, waves it in the air and then bashes its head against the ground. Once the animal is subdued, a new and incomprehensible stage in this ongoing nightmare begins.
The worker cuts a tiny incision in the animal's rear, and then methodically peels away the skin. This skinning process takes about a minute, during which the worker actively keeps the animal alive, as it is believed that it is easier to skin the animal while it is still warm and blood flows through its veins. The nightmare does not end here.
The final stage in this unbelievable horror is when the animal is tossed aside, and slowly, amidst a heap of its dying friends, it perishes as it is no longer able to withstand the pain. In other cases, when the animal's fur is not needed (mostly with cats), the animals are put in a sack, and are then cooked alive in a barrel of boiling water.

Back in the day, there was a series of photographs below this text. But the policies regarding the kind of pictures you can put on websites has changed over the years. Nowadays, advertisers don't want their adverts to be in any way associated with pictures which are difficult to view. Accordingly, below, you will see a series of links to these photographs. You remain on this page and will be able to view the pictures on another page where there are no adverts. Sorry for the inconvenience.
These are all brutal photos. Horrible. A complete breakdown in morality. It's ignorance and cruelty.
Image 1 - dog being beaten to death
Image 2
Image 3
Image 4
Image 5
Image 6
Image 7
Image 8
Image 9
Image 10
Image 11
Image 12
Image 13
Image 14
Image 15
Email Post
Labels: animal abuse animal cruelty animal law animal rights animal welfare Asia cat cruelty China dog cruelty Korea