Sometimes we hear of a zoo tiger attack. It is not that uncommon. I guess it is bound to happen not too infrequently despite the best efforts of the zoo management and keepers. This is because of the circumstances. And the circumstances are fundamentally highly dysfunctional and a sad reflection on how we (people) behave on this planet.

The tiger is a large wild cat that demands a large range in which to hunt prey. This is hard wired into the cat’s brain. Humans are not the usual prey of tigers but sometimes tiger attacks in the wild do take place (increasingly so) when tiger and people are forced into close proximity because of human activity, human population growth, unethical business practice, unsustainable business practices, short term thinking and planning, constant economic growth; in short all things unthinkingly human. Or a person injures a tiger so that it has to hunt people (easy prey). Basically, in whatever guise it comes, we cause the tiger attacks on us.

Of course we blame the tiger, naturally. Notwithstanding that the tiger is acting totally naturally and instinctively in response to our interaction with it.

A recent zoo tiger attack bears out my assessment of the dysfunctionality of it all. Firstly, there are good arguments for closing all zoos as they are fundamentally unnatural for the animals. It is unhealthy and if we had better managed the world’s resources and forests etc. we wouldn’t need zoos. We could have seen the tigers in the wild. Once again zoos, a second rate concept designed to entertain us at the animals’ expense, are due exclusively to our behaviour.

There was a zoo tiger attack by a white tiger in New Zealand recently. It happened at the Zion Wildlife Gardens in Whangarei (new window). 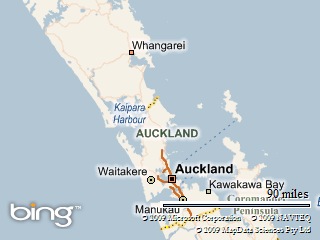 There is talk of closing the wildlife gardens down. I say they should never have opened. I know that in isolation it seems a good idea to have a wildlife park. We need to have them now because white tigers, all tigers in fact, are becoming extinct in the wild. But looking at the bigger picture would it not be more sensible to put resources into really preserving these cats in the wild? To put resources into creating a harmonious relationship with other animals with which we share the planet. Wild life parks or zoos are a horrible reflection of failure. They are a poor compromise, a strain on our character and a symptom of long term neglect of the bigger environmental issues that are now facing us.

The person killed was it seems a decent, caring and well liked senior cat handler, Dalu Mncube. Tourists watched the attack including children. The keeper suffered injuries to the abdomen and lower leg. It happened at 11 am when Mr Mncube and other keeper were cleaning out the enclosure. Why did it happen? And should the park close? 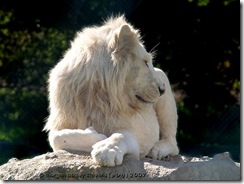 I have not seen an assessment as to why it happened. One person commented that it could be the smell from another tiger or animal on the keepers from cleaning out another enclosure causing the tiger to treat the keeper as prey or to defend from an attack. This sounds sensible but I don’t know if it is true and if it is I would have thought the park owners would be liable in law. They are probably liable in any case and may have to close because paying compensation may bankrupt them.

The royal white tiger was shot dead because it would not let go (apparently). Now that is the bit that is highly dysfunctional for me, although I realise the situation would have been very stressful requiring immediate decisions. However, the circumstances under which the zoo tiger attack occurred were wholly due to people, humans. The tiger at all times acted naturally, instinctively and predictably in the sense that it was known that there was a danger of an attack. That danger is always present. Under these circumstances there must be a method to save the tiger surely?

Why then was the tiger shot? It seems that there were not proven methods to deal with these circumstances? And if there are no guaranteed ways of stopping a zoo tiger attack other than by shooting the tiger then tigers should not be kept in zoos. I thought that in this world the perpetrator of wrong doing (us in this instance) is punished and the victim assisted and compensated. Doesn’t shooting the tiger turn the death of one into two? What have I got wrong? I seem to have missed the point.