I am doing as asked by the Iranian protestors: spreading the word, doing my tiny bit. I have to do my bit and help the brave Iranians who are fighting against a dictatorship. It takes massive guts and some desperation to risk one’s life. I was amazed at some of the statements by the protestors. There was a women who said that she would put on her makeup and go out to the street to possibly die. I love that woman!

These are pretty tough videos to watch though, I warn you.

Here are some videos that I have selected. They are all recent either on or close to the date of this post. 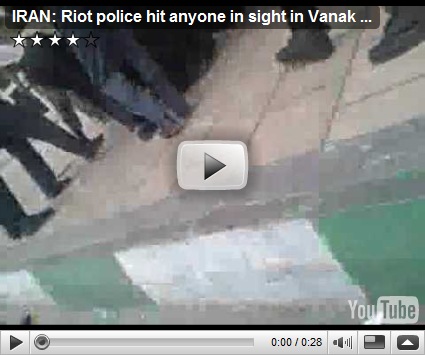 These are seriously scary movies. You are just waiting for something horrible to happen. 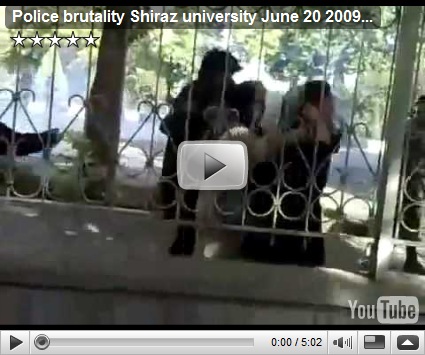 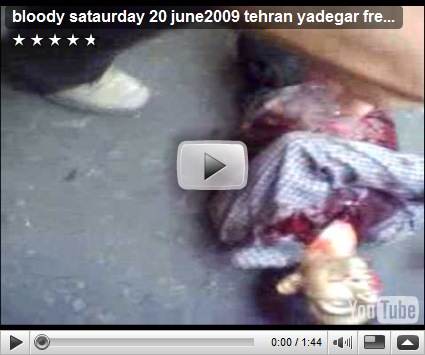 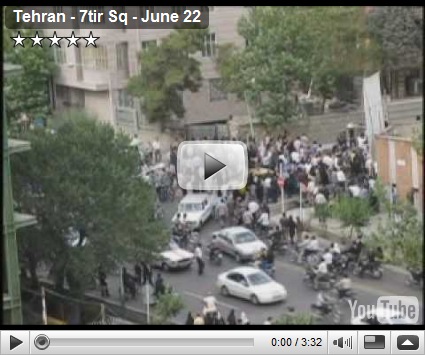 It has virtually been proved that the elections were fraudulently manipulated (there were some doubts, amazing as that seems). Even the Iranian government has admitted that in a large number of regions the votes cast outnumbered the number of people in the region (the total electorate). They say it didn’t change anything but fail to mention that an example of major electoral fraud must lend huge doubts to the whole election. There were other examples of proven fraud. In one region a popular candidate who historically received a majority of votes received about 5% of the votes on this occasion. All the signs are that the election was rigged.

in fact, it is obvious the election was rigged. Why else would they kill and beat protestors? If it was a good election they would simply be transparent and demonstrate how well it was run. If it was a true democracy the government would let the protestors protest. That said in the UK the police act undemocratically. I hate the police everywhere!

Iran is not a democracy it is like Zimbabwe, a pretend democracy, a dictatorship dressed up as a democracy, the worst kind of government really. And the Iranians are smart people. They are highly educated and demand and deserve so much better.